That sound you heard from City Hall April 21 was the City Council doing the rapid back-shuffle from early talk about banning or significantly regulating short-term rentals in Peachtree City.

Instead, the council’s new concentration will focus on what they call party houses. That sudden shift came after hearing from the public and their lawyer. The public said, wait just a minute, and the council’s own lawyer said whoever is doing the Airbnb thing now probably have grandfathered rights to keep on doing it.

So, there’s no longer any avalanche of short-term rental regulations coming from the city bureaucracy. Instead, they’re going after party house rentals.

That’s when a homeowner decides to rent out the whole house and property for party-lovers who sometimes pay admission to have noisy fun for all hours, inside and outside, sometimes to the dismay of nearby neighbors.

That’s “not a permitted use” of a house zoned for residential use, city staff said. Does that mean a homeowner has to worry about hosting a holiday or special event party and having the police show up?

Not to worry, the council was told. This new restriction applies only to a home rented out for a commercial use, like partying for all comers. But, the city’s new noise ordinance will be applied to any and all houses in the city, regardless of whether rental or not.

One caution: The city may not regulate short-term rentals, but your homeowners association may. The HOA restrictions — if violated — can result in fines levied against your property by the HOA. Not every neighborhood has an HOA, but for those who do, you might want to check your HOA covenants.

The city slides below show some of the proposed new “party house” rules: 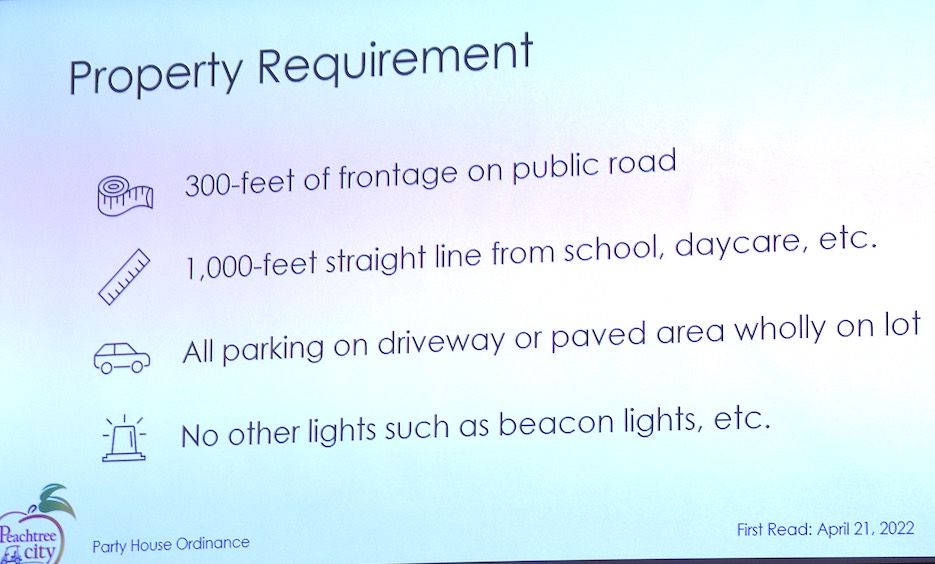 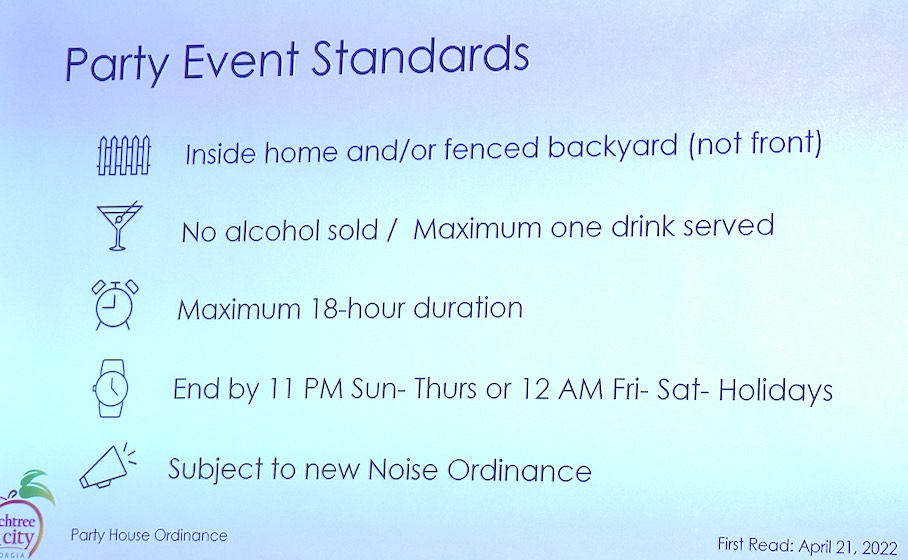