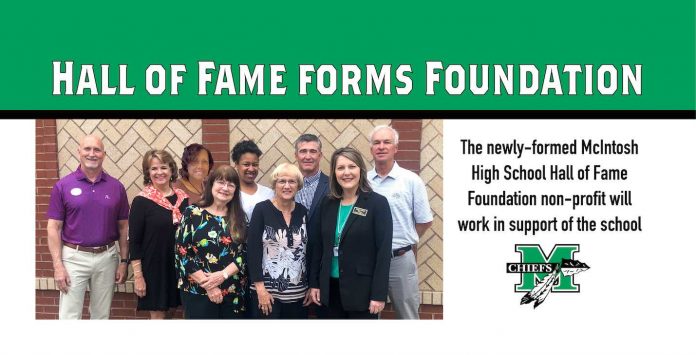 As they continue to their mission to honor the past of their school, the McIntosh High School Hall of Fame Foundation will secure a bright future for the Chiefs.

The new non-profit foundation aims to work alongside the school to fulfill needs that are not otherwise covered, including highlighting students who may not have top GPAs but have other attributes which deserve to be celebrated. Eventually the goal includes providing grants for school entities and needs that may not have funding.

The foundation is the brainchild of Eifert, who has previously served as MHS PTSO President, chair of the MHS School Council, and has been the Director of the Hall of Fame since its inaugural year of 2011. She researched other similar education foundations around the country and determined that such an entity would be a valuable asset at McIntosh.