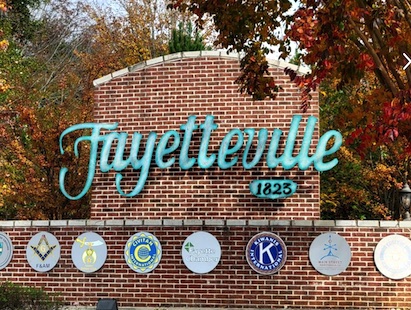 As temperatures rise, the new City Center Park is experiencing a rise in the number of guests enjoying the amazing space, and city leaders are asking guests to help keep it clean and functioning properly.

Recently, there have been multiple reports of guests operating motorized and self-powered, wheeled vehicles through the playground, which is unsafe and is not permitted. Consequently, some areas of the park space have been damaged. There have also been instances of vandalism in the public bathrooms.

“Overall, things are going great at City Center Park,” said City Manager Ray Gibson. “We love the space and what it has meant to our downtown revitalization efforts, and the vast majority of people out there are enjoying the park responsibly. Unfortunately, it only takes one or two bad actors to hinder the enjoyment of others, so we’re asking for the community’s full support in eliminating this kind of unsafe and destructive behavior in our parks.

“First, we’re asking all guests to become familiar with the park rules, which are posted on signs in the park, and abide by them” Gibson said. “Second, we’re asking guests to report any unsafe and destructive activities and behavior so we can quickly deal with it.”

Anyone who witnesses unsafe or destructive behavior at any city park is asked to dial 9-1-1.