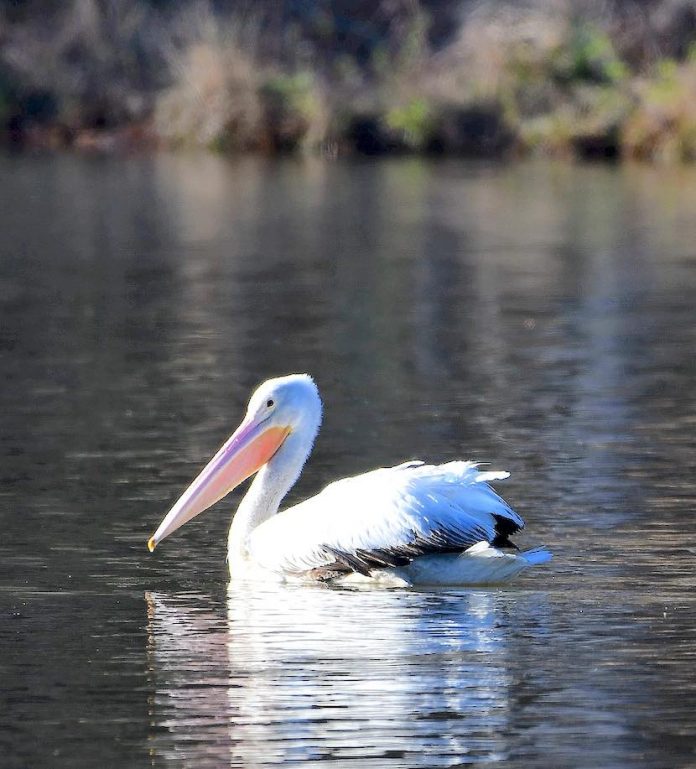 Rare sand hill cranes have been seen cavorting on the waters of Lake Kedron in the past, but pelicans?

Longtime lakeside resident Ron Lynch emailed us photos of a couple of the half dozen rare visitors to Peachtree City’s northernmost lake this past wintry weekend. Here’s Ron’s account:

“I don’t know if you would be interested in this or not but it was really different for me. I’ve lived on Lake Kedron for approximately 14 years and I’ve seen a lot of neat water birds, and I’ve seen birds do things that I didn’t’ know that they did (like a great blue heron eating a chipmunk – seen that twice). Today though I saw something new.

“I was drinking my coffee and as I walked by our bay window I saw 6 large white birds in the lake. I couldn’t quite tell what they were so I grabbed my camera and walked down to the lake (wished that I had put on a coat).

“They were white pelicans. I have no idea if pelicans have been seen seen in Peachtree City previously, but it was a first for me. I’ve attached two of my photos but if you are interested I have several more. The photos are not great, but it was the best that I could do in the cold without a jacket.”

Thanks to Ron Lynch for great photos of these memorable visitors, maybe blown off course by strong winds over the weekend. 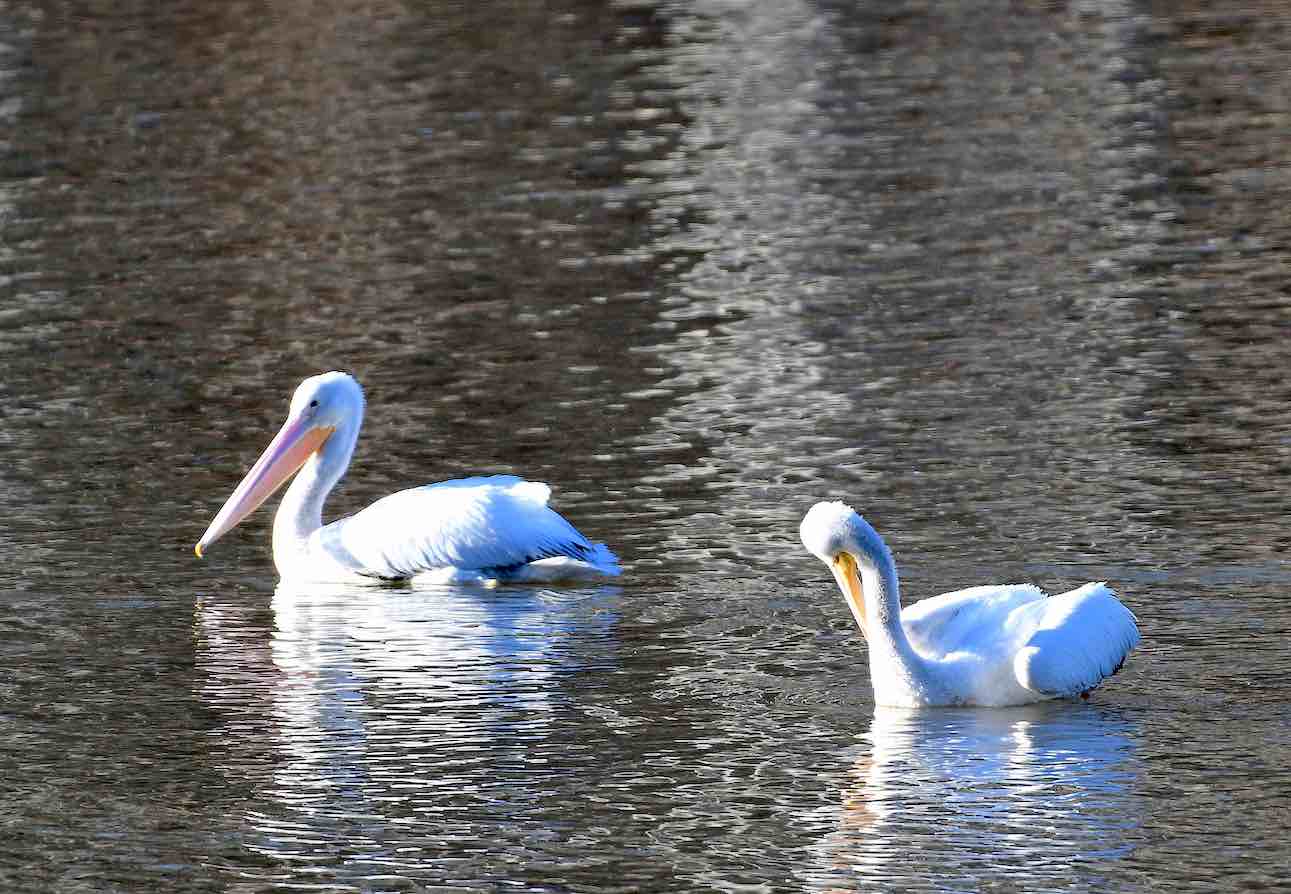