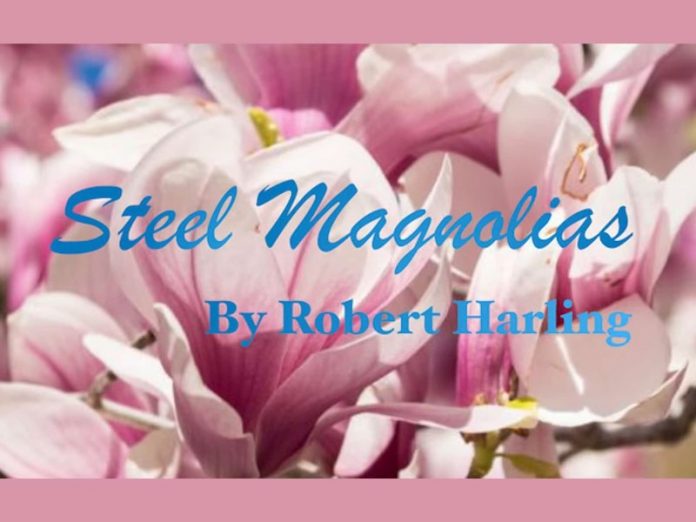 Before “Steel Magnolias” was a popular film starring Sally Field, Julia Roberts, and Dolly Parton, among others, it was first a short story and then a play produced Off-Broadway. Written by Robert Harling, the story focuses on an in-home beauty parlor in Louisiana and the women who regularly gather there. Southside Theatre Guild’s production is directed by Will Evans and the cast is a blend of newcomers and fan favorites.
“This is an exceptional and heartwarming cast,” said Evans. “Talent aside, the bonding the cast has organically developed has made every rehearsal an event to look forward to each day.”
M’Lynn, Truvy, and Ouiser are played by Heather May, Dee Dee Carr, and Gloria Wright respectively. All three have extensive experience at Southside Theatre Guild, which will launch its 50th season later this year. Jane Hives, Rebekah Larsh, and Ellie Schwartz are making their debut on the Fairburn stage, with some previous experiences at other theaters. Hives plays Clairee, while Larsh plays Annelle, and Schwartz plays Shelby.
“It was a vital part of our project to honor and capture the script’s story and not be completely influenced by the film. Our whole theater community came together to build an exceptional production,” said Evans. “It’s a brilliant script, one that melds humor and heartbreak flawlessly. I think we’ve built a show that will connect with audiences.”
“Steel Magnolias” opens Thursday, March 17 and runs Thursdays through Sundays through March 27.Performance times are 8 p.m. Thursdays and Fridays and Saturday, March 26 and 2:30 p.m. on Saturday, March 19 and both Sundays.
Admission is $20 for adults, and $12 for children under the age of 12. Visit stgplays.com to purchase your tickets.