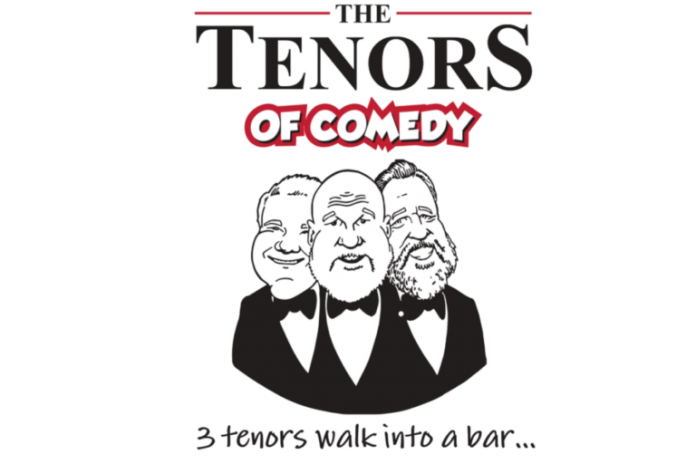 Southside Theatre Guild in downtown Fairburn has had every style of show on its stage over the years, from farcical comedies and pulse-pounding thrillers to emotional dramas and beloved family musicals. On Friday, Feb. 18, the theatre, which will launch its 50th season later this year, will welcome the world-famous Tenors of Comedy to the stage and proceeds will benefit the all-volunteer, non-profit community theatre.

Conceived by Matthew Lord, Blake Davidson, and Jonathan Fruge, The Tenors of Comedy is a fresh new take on the three tenors model. These gentlemen sing all styles of music from Pop to Opera and everything in between. The group has performed all over the world, including Carnegie Hall, Tokyo Opera House, The Friars Club and The Tonight Show with Jimmy Fallon. In addition to their beautiful, classically-trained voices, The Tenors of Comedy add stand-up comedy and improv and have audiences rolling in the aisles.

“We are so fortunate to be able to present The Tenors of Comedy to local audiences and are
incredibly grateful for their support of community theatre,” said Boone Smith, President of
Southside Theatre Guild. “Audiences can expect an incredible show, hearing an aria one
second and gut-busting one-lines the next, and a pair of tickets make a perfect gift for
Valentine’s Day.”

The show will take place at Southside Theatre Guild in downtown Fairburn on Friday, Feb. 18 at 8 p.m. Tickets are $25 and are available at stgplays.com.