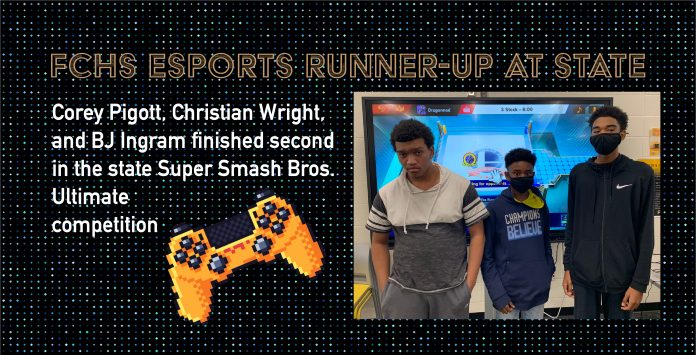 The trio of junior Corey Pigott, senior Christian Wright, and freshman BJ Ingram competed in the best of 3 championship series against East Paulding. The team is coached by Will Cannon.

The FCHS Esports program originally launched in fall 2018 with a League of Legends teams, and this fall marked the first time the Tigers fielded a team in Super Smash Bros. Ultimate.