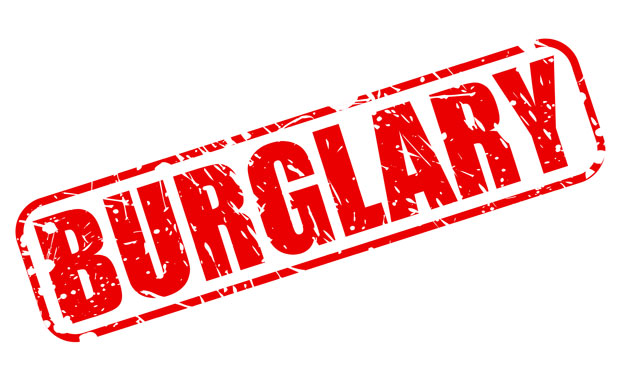 A total of five Fayetteville burglaries dating back to October 2020 were recently resolved with the recent arrest of a 36-year-old Atlanta man.

Bobby J. Colston, 36, was charged with five counts of burglary, two counts of smash and grab burglary and two counts of possession of tools for the commission of a crime, according to Fayette County Jail records.

Reporting on the burglaries that led to Colston’s arrest, Fayetteville Police Department spokesperson Ann Marie Burdett said one of those occurred on Oct. 29, 2020 when officers at 9:22 a.m. were dispatched to the AT&T store on South Glynn Street on a burglary call.

Burdett said police met with the complainant of an adjacent business, who reported that upon arrival at their business early on Oct. 29, they observed that their business’s front door had marks near the lock. The marks were consistent with something being used to pry the door open in an attempt to break into the business. The complainant also reported that the door would not lock from the outside.

The complainant stated they observed the door to the AT&T business was propped open and that there were scratches and what appeared to be pry marks around the lock of the front door. However, the lock was still in the lock position, Burdett said.

Officers cleared the building to ensure no offenders were present and none were found. After clearing the building, the officers observed several cell phones used for display appeared to be removed or taken. And an office that is used to store boxes appeared to be rifled through, Burdett continued.

Burdett said the AT&T manager arrived on the scene and walked the store with the police. After a brief discussion with the manager, the display phones were located, and it was learned that no items were taken from the location.

A second burglary was reported on Dec. 27, 2020 when officers were called to TPK Wireless at the Fayette Pavilion.

Police arrived at the location and observed that the front door deadbolt was locked, but the lock had been popped-out of the door frame. The officers searched the building to ensure no one was inside. Police contacted dispatch to make contact with the keyholder, said Burdett.

“The keyholder arrived, and they walked the premises with the police. The keyholder reported to the police that the alarm panel was pulled off the wall, the computer was out of place, a laptop was missing and a cash register containing approximately $100 U.S. currency was also missing,” said Burdett.

Burdett said police observed from surveillance video images of one unidentified black male and one unidentified black female had entered through the business’s front door. The female was wearing a red and black jacket, black pants and a black beanie-style cap. The male was wearing a black hoodie and blue jeans. The surveillance footage captured both suspects leaving the location in a white Ford F150 4-door pickup truck with chrome steps and tailgate down, traveling in an unknown direction.

A third burglary was reported on Jan. 3, 2021 at the Able 2 Rent All store on Ga. Highway 85 North after an alarm was triggered.

The fourth burglary came on Jan. 26, 2021 at the Computech Systems store on West Lanier Avenue.

Burdett said police arrived at the business and observed the front door appeared to be forced open. Officers entered the premises and conducted a security check to ensure the business was empty.

The keyholder/complainant was contacted and arrived on the scene. Police walked through the business with the complainant, and they preliminarily identified missing items, said Burdett.

The complainant told police it was unclear what items the suspects took until a full inventory was conducted, Burdett said, adding that the suspects were seen leaving through the front door.

The final burglary occurred on Feb. 12, 2021. Police were dispatched to the Ace Computer Services store on South Glynn Street on an alleged glass break alarm call.

Burdett said police arrived at the location and observed a white male in front of the building. The male subject was later identified as the complainant/store owner.

“Officers observed the front door to the business had been completely shattered, and an ax was lying in front of the door,” said Burdett. “Officers entered the building to ensure the alleged suspects were no longer in the building.”

“The subjects can be seen allegedly putting computer items inside a bag and kicking in a door to one of the interior rooms,” said Burdett. “The subjects were allegedly observed leaving the building and entering a pickup truck, possibly a white Toyota Tundra.”