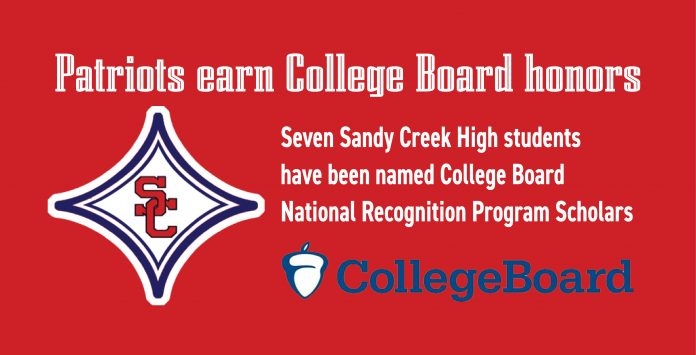 Sandy Creek High students know how to make their mark when they’re put to the test. Based on their exemplary SAT scores, an impressive number of Patriots are honored as scholars in College Board National Recognition Programs.

The College Board, which administers the PSAT and SAT among its activities, recognizes academic excellence through its National Recognition Programs. Students selected for the prestigious honor can cite it on their college and scholarship applications. In turn, colleges use the listing of this honor as a way of identifying students from underrepresented groups who have excelled on their PSAT/NMSQT, PSAT 10, or AP Exams and in their classwork.