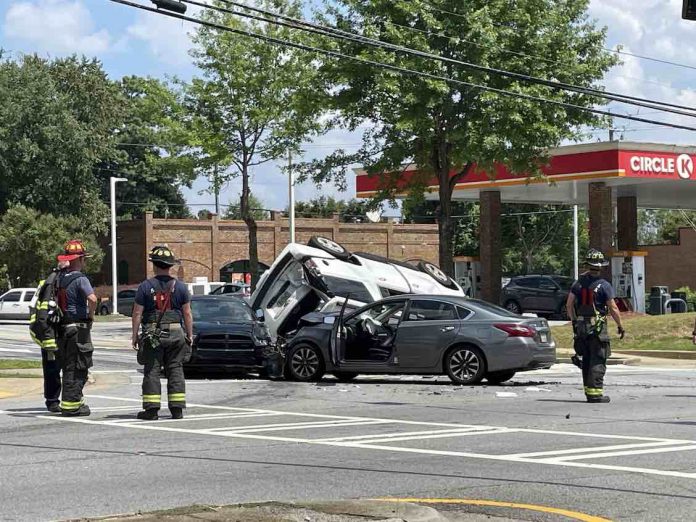 An Aug. 24 wreck at Ga. Highway 54 West and Ginger Cake Road in Fayetteville resulted in one vehicle flipped-over but with non-life-threatening injuries to the occupants of the two vehicles involved. Fayetteville Fire Chief Alan Jones said city and county units responded to the wreck that occurred when a vehicle travelling westbound and another attempting to turn onto Ginger Cake from Hwy. 54 collided. Jones said two occupants from one vehicle and one occupant from the other vehicle were transported with non-life-threatening injuries. Photo/John Mrosek.