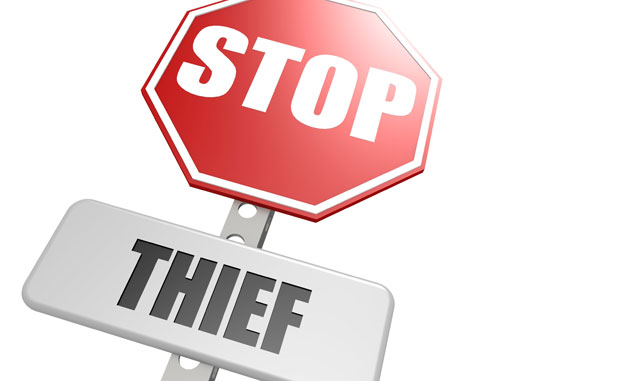 Fayetteville police are searching for a man who stole items from two workers after striking up a conversation with them, then later entering their work truck and making off with their personal items inside.

Fayetteville Police Department spokesperson Ann Marie Burdett said officers on July 28 at approximately 5:59 p.m. were dispatched to the area of Fenwyk Commons off North Jeff Davis Drive in regards to an alleged entering auto call. Police met with the victims on the scene, who said their work truck was entered into, and items were taken from the vehicle parked in the driveway, Burdett said.

Their story was this: Between 4:30 and 5:30 p.m., a black male in his mid to late 20s, approximately 5′ 10″ in height and a slim build, approached them and started speaking with them while outside their truck, said Burdett. The worker said the male subject was wearing a black hoodie-style shirt, sunglasses, white/black jogging pants and white/black sandals, Burdett added.

One worker reported to the police that they canvased the immediate area around the wood line for the missing belongings. The worker was able to locate their cellphone and sweatshirt, but their wallet and backpack, and cell phone charger were still missing, as well as between $20 to $30 in cash. “According to the victim, the value of the items taken was approximately $130,” said Burdett.

One of the workers told police they didn’t think the vehicle was locked, and there were no signs of forced entry on the vehicle, Burdett noted.

Burdett said police conducted a canvas of the area, which did not turn up any further missing items.

The case was turned over to the Fayetteville Criminal Investigations Division and is under investigation.