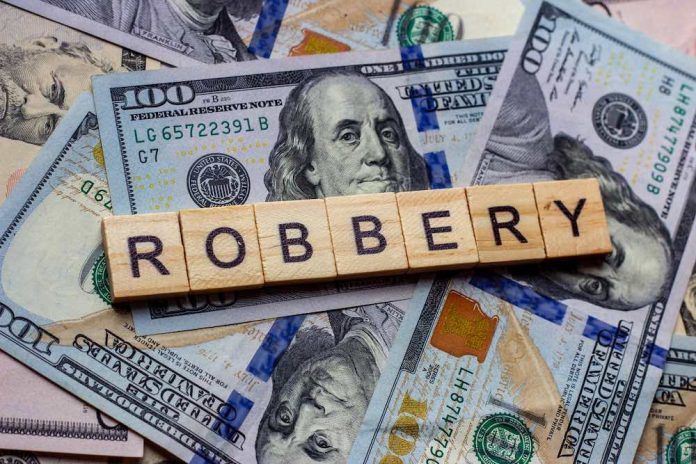 Fayetteville detectives are investigating a July 2 armed robbery near midnight at a bank drive-up ATM on North Glynn Street.

“Police met with the complainant/victim, who said they were at the Wells Fargo Bank drive-up ATM at 620 North Jeff Davis Drive, when a light-skinned black male approached the driver side of their vehicle and brandished a black and silver handgun and stated, ‘Give me all of it.’”

Burdett said the victim provided a general description of the suspect and what he was wearing at the time of the incident.

The robber is a male, approximately 6 feet in height, wearing a black hoodie and grey sweatpants with a white stripe, Burdett said.

The case was turned over to the Fayetteville Criminal Investigations Division. This is an open and active investigation.