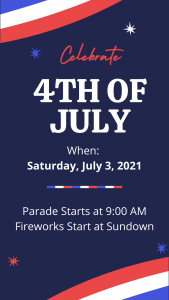 After a pandemic-induced skipped year, Peachtree City’s signature Fourth of July celebrations have been moved a day early to Saturday, July 3, and downsized to two events.

This year, with the governor’s final health emergency executive order having expired on July 1, a maskless Independence Day festival is planned to start with a Saturday 9 a.m. parade in south Peachtree City and end with a $26,000 city-sponsored fireworks extravaganza after sundown July 3 at Drake Field next to City Hall. Sundown is around 8:50 p.m. and twilight lasts about 30 minutes.

The weather forecast for Saturday is for sunny skies, a high of 85 degrees and no rain expected.

The usual city rules apply — “Prior to the parade, please remember: No person shall leave unpermitted barricade, tent, canopy, tarp, blanket, stakes, or other personal property unattended at any public park, facility, or nature area overnight or place such items prior to dawn on the day of a special event. Such property may be removed to a safe place, impounded, sold in conformance to city ordinances or state laws, or disposed of as trash.”

The typical mid-day events of past years at City Hall Plaza are absent this year, so there’s a gap between the parade and the fireworks during which you’re on your own. No city-sponsored events are planned for the actual 4th, Independence Day.

The day-early celebration follows the precedent of past years when the 4th fell on a Sunday, according to information from City Hall.

The parade assembly area is at its usual site, beginning at the intersection of Peachtree Parkway South at Robinson Road. Drivers, be aware that traffic in that area will be constricted until after the parade.

This year, 105 parade entrants are scheduled to begin marching north-bound on the parkway and make the single turn onto McIntosh Trail before wrapping up at the McIntosh Amphitheater. That number is down only slightly from the typical number of entries of between 115 and 125 in previous years, according to information from City Hall.

Expect to see among the marchers candidates for three City Council posts — including mayor — on the fall ballot.

The parade grand marshal this year is Dan Nelson, whose scenic photos of city landscapes are featured on the city’s website. “Dan wishes to accept on behalf of all those individuals who provided support and assistance to anyone in our community that was isolated during the pandemic. Included are doctors, nurses, teachers, first responders, store personnel, truck drivers, vaccine researchers, plus any volunteer that made living a little less difficult for all of us,” the city website says.

Monday, July 5, will be observed as a holiday as government offices, including post offices, will be closed. 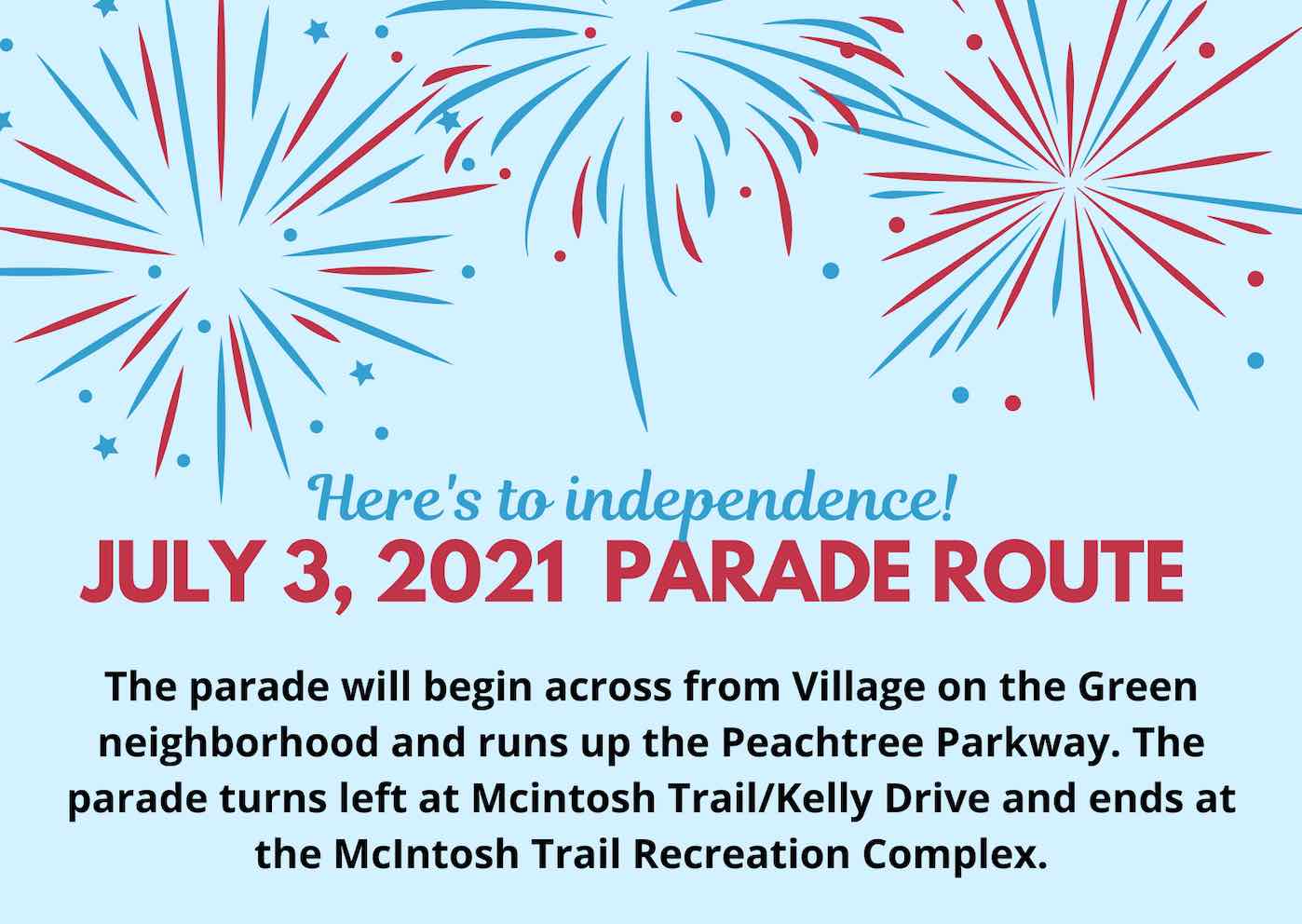