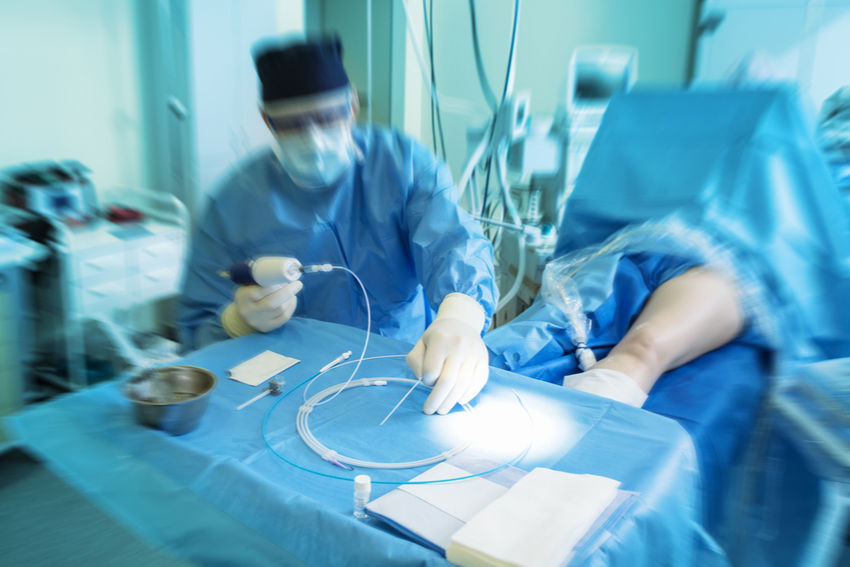 Dr. Eric Wellons and his partners at Atlanta Vascular Specialists, all board-certified vascular surgeons, want people to understand that not all doctors know what they’re doing, especially when they’re working on your veins.

“Just because a doctor says they do something and just because they say they’re qualified to do something, it doesn’t mean they are,” Dr. Wellons says.

“Be very, very cautious about listening to people who say they can solve all your problems, especially with leg cramps, varicose veins, and spider veins,” he warns.

“People are being told things so that they will have procedures that are reimbursed fairly well,” Dr. Wellons says. “Doctors are making money, but the patient is not benefitting at all.”

The surgeons at Atlanta Vascular Specialists are seeing patients every week who have received unnecessary and ineffective treatments for ‘vein-related conditions’.

“There’s been an incredible proliferation of people performing vein procedures who are doing procedures they have no business doing,” Dr. Wellons says.

“People are getting treatments that are invasive and aren’t applicable to what their condition is,” Dr. Wellons says. “And they’re being promised things that aren’t going to happen based on their condition.”

“We get frustrated, especially when a patient tells us they went in for a certain complaint and had a procedure that was never going to fix their problem,” Dr. Wellons says. “We may not necessarily have a solution to their problem either, but we know what was done was just not beneficial at all.”

Most of these unnecessary procedures are related to varicose and spider veins, Dr. Wellons says.

“Venous ablation is probably the one done by the most people who aren’t qualified to do it,” he says. “We see that quite frequently.”

Venous ablation is a procedure commonly used to treat chronic venous insufficiency. Patients with venous insufficiency typically have swelling in the legs and ankles caused by poor circulation. Often their legs feel heavy and ache more the longer they are on their feet.

“We’re seeing people having venous ablations for spider veins, which is never going to help,” Dr. Wellons said. “Or they went in for one leg and the other leg, which wasn’t causing any problems, is treated too.

All procedures have some risks and it is inappropriate to perform them on people with no reasonable expectation of benefit.

“Iliac vein stenting is the procedure causing us the most frustration right now because it has the highest potential for harm and is being abused by people who actually should know better,” Dr. Wellons says.

Iliac vein stenting is usually performed to treat narrowing in the veins in the pelvis, which causes lower extremity swelling, most commonly in the left leg.

“We’ve seen a number of people who are getting stents in both of their legs for treating varicose or spider veins,” Dr. Wellons says. “They don’t have any leg swelling or heaviness, but they’re being referred for iliac vein stents.”

“My partners have seen 20-year-olds who went in because of spider veins and were referred for iliac vein stents.”

Dr. Wellons is concerned about possible long-term complications of these procedures. He believes the motivation behind these diagnoses and false promises is money.

“It’s all over the place. But it should stop wherever it is.”

In the state of Georgia, as long as you have a medical degree, you can do almost do anything you want, Dr. Wellons says.

“I saw a patient recently who was supposed to have a vein procedure done by an internal medicine doctor who isn’t trained during residency at all in these procedures.”

When he investigated the doctor’s qualifications, he saw a certification issued by what he described as a “pseudo society that is not at all a certifying body.”

“I’m sure these people would dispute whether they’re qualified or not, but they’re not trained or properly certified.  Week-long or weekend courses do not constitute training”

By contrast, certified vascular surgeons typically train an additional five to seven years after graduating from medical school. They spend these years focusing on how to care for patients with disorders of the arterial, venous, and lymphatic systems, excluding the brain and heart.

Atlanta Vascular Specialists want people to ask if their doctor is board certified by the American Board of Medical Specialties (ABMS) to perform the procedures recommended. A nonprofit organization, ABMS sets the standard for specialty certification and has verified doctor’s training and competency for more than 85 years. More than 900,000 physicians are certified by ABMS in 40 specialties and 87 subspecialties.

Here’s where you can look up whether your doctor is certified. https://www.certificationmatters.org/find-my-doctor/

Dr. Wellons also suggests asking if your doctor has privileges to do procedures at a hospital.

“That may sound strange, but one thing hospitals do is vet everybody who applies,” Dr. Wellons explains. “So if you don’t have privileges in hospitals to do something, that means the hospital looked over your qualifications and said, ‘you’re not qualified.’”