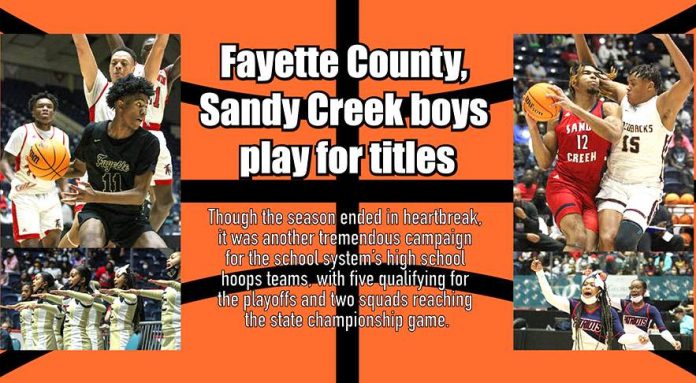 Though the season ended in heartbreak, it was another tremendous campaign for the school system’s high school basketball teams, with five teams qualifying for the playoffs and two squads reaching the state championship game. (See photos below.)

Three boys teams from the county made the playoffs, and two of them finished as state runner-up.

For the Class 3A boys, Sandy Creek High led the state for most of the season. The Patriots won 28 games, swept their region, and were ranked number one in the classification heading into the playoffs, where they advanced all the way to the state championship game. On March 12, they lost the title game to Cross Creek 57-49.

Fayette County High had an impressive run of their own among Class 4A boys. The Tigers won 18 games and a region championship, advancing all the way to the state championship game where they suffered a heartbreaking, last-second loss to Baldwin, 54-53, on March 10.

In Class 5A, the Whitewater boys won 17 games and finished second in their region, qualifying for the state playoffs.

On the girls side, two teams made the playoffs, with both advancing to the Sweet 16.

The Sandy Creek Lady Patriots also punched a ticket to the playoffs. Playing in one of the toughest regions in the state, they won 17 games and advanced to the playoffs where they beat East Jackson on the road in round one, before falling to Sonoraville in the second round.

In Class 5A, the McIntosh Lady Chiefs completed a remarkable turnaround, winning 21 games compared to just 5 last year. They finished second in their region and beat Mundy’s Mill in round one of the state playoffs before losing in round two.

Both the Fayette County and Sandy Creek boys teams advanced to the state basketball championship in Macon, with the Tigers losing to Baldwin, 54-53, on March 10, and the Patriots falling to Cross Creek, 57-49, on March 12. Photos/Chris Dunn-Fayette County School System. 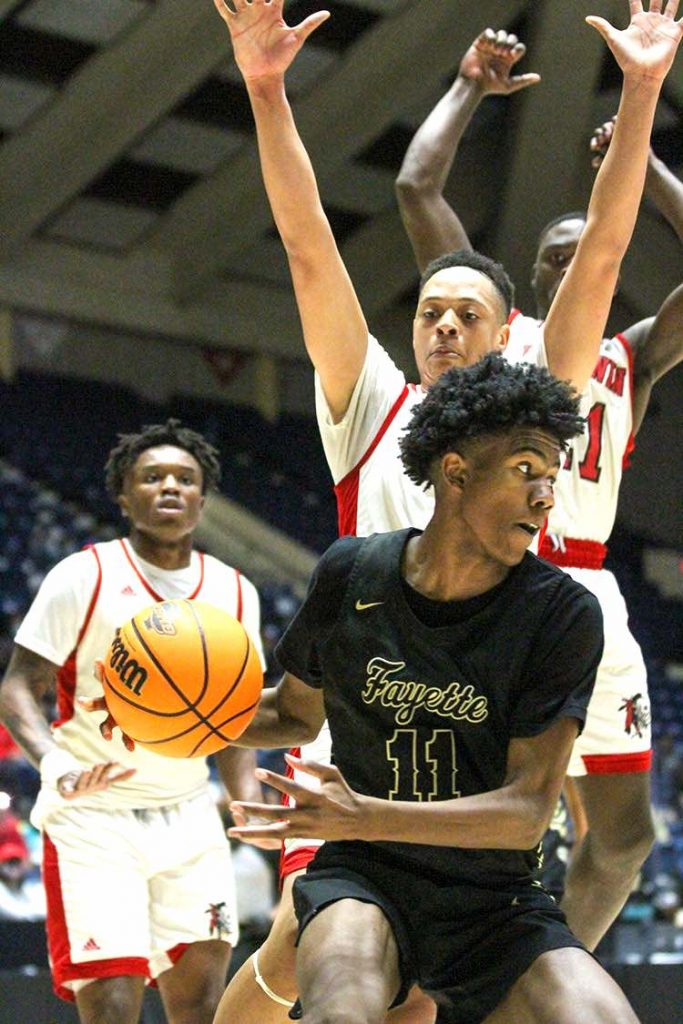 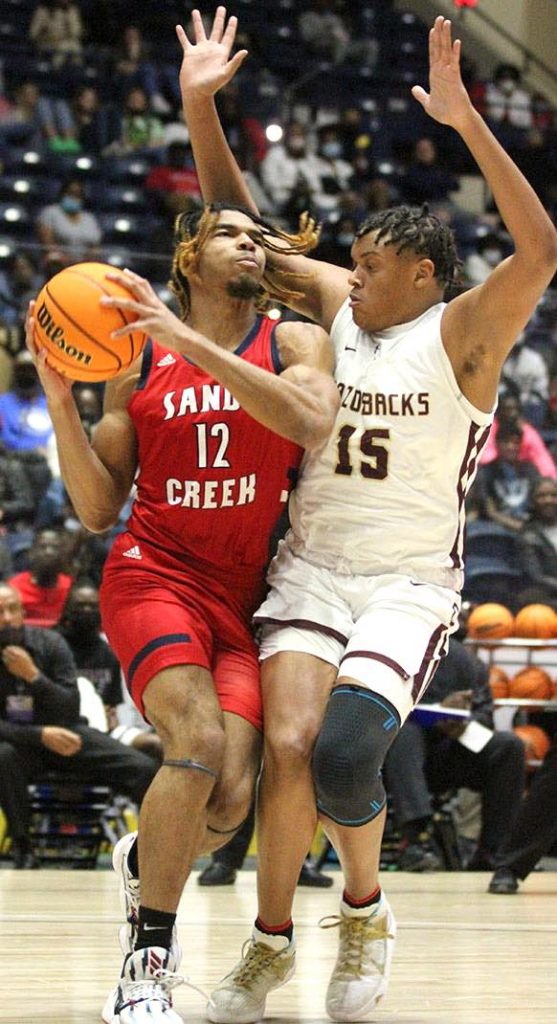 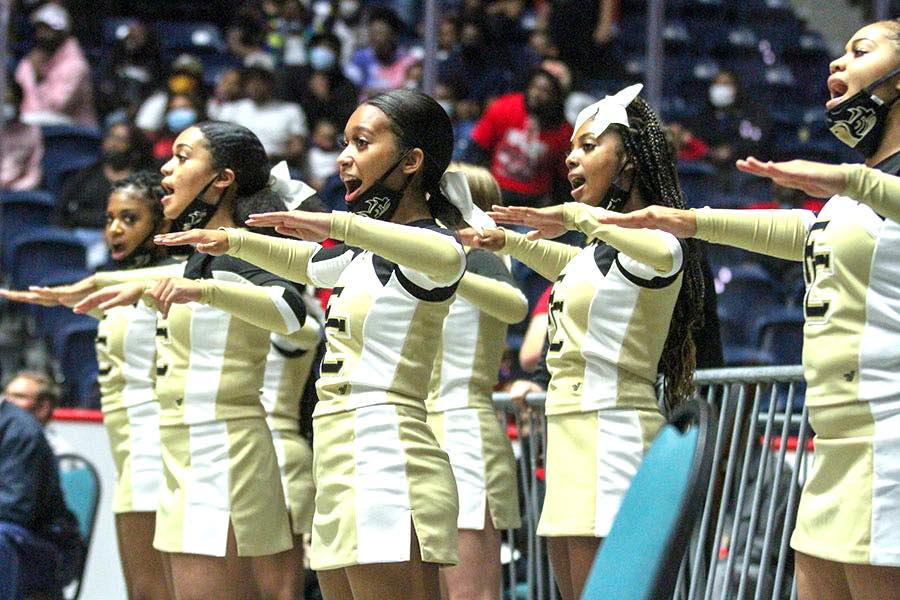 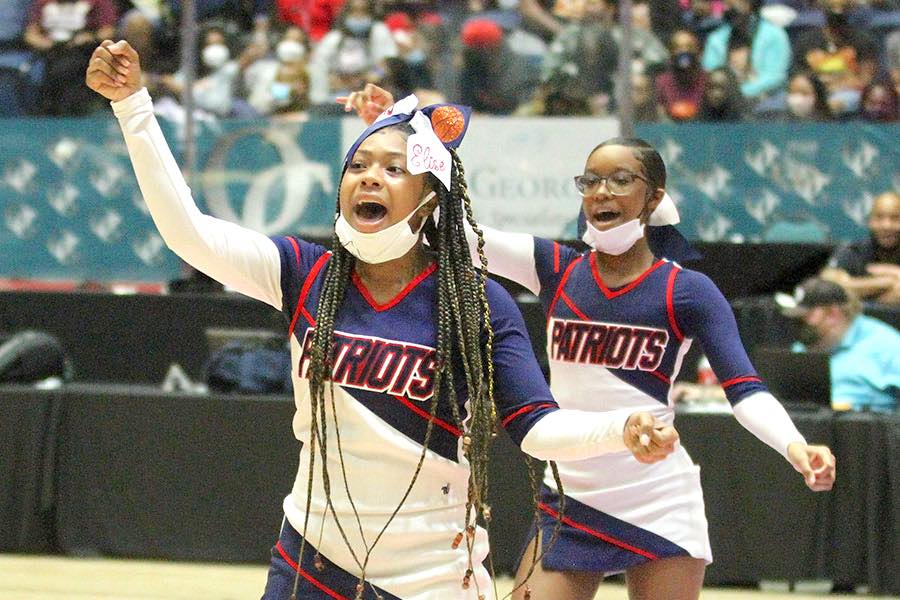 Triple felon Rease sentenced to life without parole for murder of...