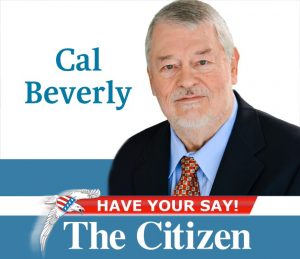 It might have escaped your attention, but the state of Georgia has been ruled by one person for nearly 11 months. And that one person on Dec. 30 extended his mostly benevolent rule until Feb. 7, 2021.

Yes, I mean Gov. Brian Kemp, and I’m referring to the many extensions of his executive order that began March 14, 2020, styled as a “Public Health State of Emergency.”

Don’t misunderstand: I think Gov. Kemp has done better than most of the 49 other state dictators — uh, governors — in response to the Covid-19 pandemic. And that’s even after President Trump threw Kemp under the political personality bus.

Each of those supposedly benign dictators is ruling which private businesses and religious institutions can stay open and which shall be limited or closed, where private individuals can travel to and from, and even what local rules can and cannot be legislated and enforced — and that state of governance has been ongoing for nearly 11 months.

Question: Will the Georgia General Assembly awaken and begin to bring us back to what all commentators lately have been calling a “democracy”?

Are Gov. Cuomo of New York and California Gov. Newsom and others who have been wielding unprecedented unilateral powers for the better part of a year going to want to return to the old-fashioned “Democratic” ways of governing by law and not by edict and executive orders? Wonder when that will be?

And, yes, I know all the “but what would you do about the virus dangers” arguments. We know who are the most vulnerable — protect them. I fall back on the (in context) quote of a guy named Benjamin Franklin in 1775: “They who can give up essential liberty to obtain a little temporary safety, deserve neither liberty nor safety.”

Speaking of pandemics, the first week of the new Year brought 30 new Covid cases to McIntosh High School. The virus infections resulted in 140 cases confirmed in the first week of 2021 and a total of 488 persons in quarantine.

In another government facility — the Terminal Radar Approach Control facility on Ga. Highway 74 South in Peachtree City — one Covid case resulted in moving air traffic controllers into a training room while workers cleaned the main control room. Some flight delays were reported during the hour-long diversion.

Under the category of big-bucks-no-drama votes at the Peachtree City Council Jan. 7, it was a unanimous 5-0 vote to award a year-long paving contract to Atlanta Paving. The amount? Five million, 297 thousand and some change. That’s a lot of tar.

Speaking of neighborhood streets and traffic, city staff is reworking its policy of who pays how much to put “traffic-calming devices” — road bumps — on residential streets. Each “bump” costs about $4,000, and homeowners associations that request such devices have been paying half the cost. That share may go up.

I walked in the council meeting just as a resident with asthma was completing her request to council to restrict burning of yard debris and leaves from fall into spring. She said the smoke can set off a dangerous asthma attack, and that the city should do something. The city took no action.

How times have changed. The council approved letting staff study an annexation request for 46 acres on Redwine Road at the city’s southern border. It was just a study approved, not the annexation itself, but it was handled as a “consent agenda” item, meaning no member of the public got to speak about it.

And what a week in Washington! We are living through times unprecedented in American history. Two plagues are ongoing, one perpetrated by an unseen spiky virus and the other by a tightening authoritarian political and cultural environment.

Many millions of dedicated people are engaged on the front lines of that war against the virus, a war that seems likely to be won — or at least fought to a stand-still — by us humans at some point in the next year or so.

The outcome of the other conflict? Uncertain at best, but a victory by the authoritarian cancellers will warp this nation beyond all current recognition.

Those horse-hockey-heads who broke out windows in our nation’s Capitol and proceeded to act like drunken, pot-bellied fraternity party-goers crossed so many lines of civil protest that it’s hard to calculate how far below zero their collective mob IQ fell. Stupid seems to be a multi-racial, multi-political party affliction.

As reminder to all sides who participate in “protests,” the U.S. Constitution in the First Amendment guarantees — and here’s a direct, emphasized quote — “the right of the people peaceably to assemble, and to petition the Government for a redress of grievances.”

Which part of “peaceably” and “petition” do you not understand? NO broken windows or theft of property or battering of law enforcement officers allowed in the First Amendment. And that applies equally to MAGA-hat wearers in D.C. and to BLM-T-shirt wearers in various other cities. If you act un-peaceably — including looting — you should spend some appropriate time in a jail cell.

The violators also might want to consider that the Second Amendment was fulfilled on that infamous day when the National Guard lined up as a “well-regulated militia” who demonstrated their role in “the security of a free state” as the militia pushed back a mob that had sullied the cause of the protest and their own reputations.

Unfortunately some err in thinking that only right-wing violence is outrageous and beyond the pale. Where will that outrage be the next time left-wing mobs overrun a police station and then burn it to the ground, as in Minnesota? Or bludgeon a passing driver who is just trying to get through a raging scrum of “protestors”?

Both are bad, folks, equally bad: right-wing violence and left-wing violence are equally abhorrent. Violence and looting are equal-opportunity offenders and should be condemned equally. Let’s just stop the hypocrisy that the cause or the injustice justifies either side.

If I purport to stand for a moral position, then a double standard — which includes silence or acceptance of my side’s offenses — defiles my purported morality. A double-standard, in fact, by default makes me no better than the ones I decry.

If I criticize the other side for the same thing I excuse in my side, I am by definition a hypocrite. And I’m talking to left and right here, privileged, under-privileged and other-privileged.

A happy new year to all — peaceably.