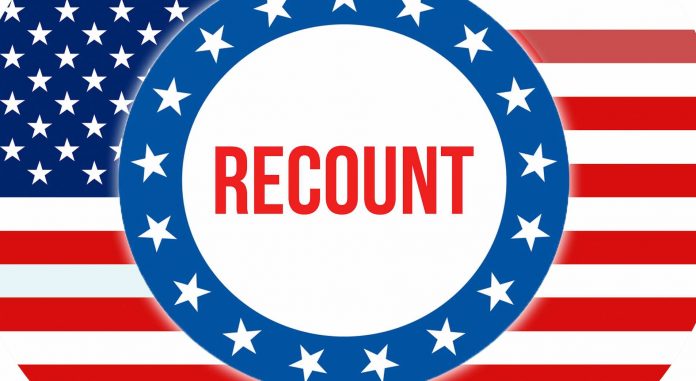 The mandatory statewide recount of votes from the Nov. 3 General Election revealed a card from the Fayette County Library with 2,760 votes that had not been pulled and counted. Once the recount was complete and an investigation by Fayette County Elections Director Floyd Jones was concluded, the recount with all votes now tallied showed Donald Trump with a net gain of 449 votes.

Votes tallied after election night in Fayette County, and before the recount, showed Trump with 35,653 votes and Joe Biden with 30,789 votes.

Explaining what had occurred during the recount process, County Administrator Steve Rapson in a Nov. 17 letter to commissioners said, “As you’re aware, Georgia’s Secretary of State mandated that election officials conduct a recount by hand of all ballots cast in the presidential race. Fayette County has undergone this hand recount and the results, along with a detailed explanation for the variance, is reflected below.”

Rapson noted that the Secretary of State is conducting an investigation and the Elections Board has requested that any questions concerning these results be sent to the Election Chairman Daryl Hicks for comment.

The statement of facts as presented in Rapson’s letter included: