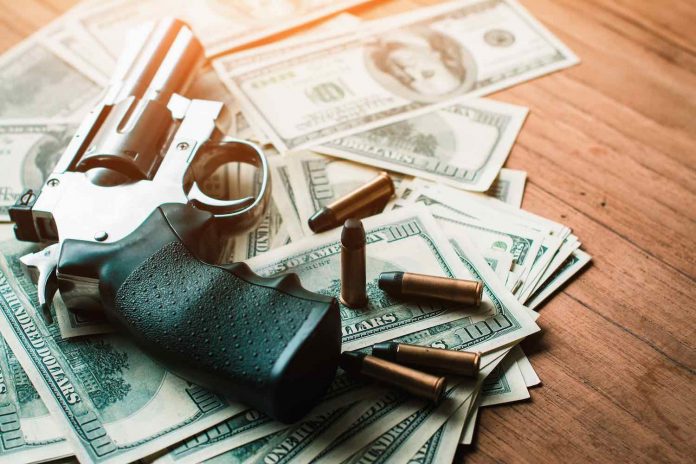 There are numerous occasions each year where The Citizen reports on guns stolen from vehicles, usually those which are unlocked. Though it is often difficult to know where those weapons go, an example of their destination could be no further away than adjacent Union City.

Though the theft of guns in Fayette County was not part of the announcement, U.S. Attorney Byung J. “BJay” Pak on Nov. 5 said two Union City brothers pleaded guilty and were sentenced to trafficking in firearms.

Located in south Fulton County, Union City borders portions of the north side of Fayette County.

Antonio Turrentine, 29, and Dominique Turrentine, 30, pleaded guilty and were sentenced in federal court on gun trafficking and drug charges.

Pak said the Turrentine brothers were arrested on Feb. 27, after arriving at an agreed-upon location where they expected to sell guns and a pound of marijuana. At the time of their arrests, both men were carrying loaded semi-automatic pistols. The marijuana was concealed inside a Girl Scouts cookies box.

Pak said Antonio Turrentine in 2019 sold a total of 32 firearms, including assault rifles, shotguns and semi-automatic pistols loaded with large capacity magazines, to an informant participating in an ATF-sting operation.

“Turrentine sold several stolen guns, including one that had been used in a murder. Turrentine knew which of the guns had been reported stolen, and he advised the informant to ‘ship’ those particular weapons out of state,” Pak said.

During some of the gun deals, Turrentine was accompanied and assisted by his older brother, Dominique Turrentine, Pak noted.

“Along with the guns, the Turrentine brothers occasionally sold illegal drugs, specifically marijuana and methamphetamine, to the informant while armed. At no time was either brother licensed by ATF to engage in the business of selling firearm,” Pak said. “Additionally, Antonio Turrentine was specifically prohibited from possessing firearms because he had been convicted of a drug trafficking offense in 2016. At the time of their federal crimes, both men were on probation for having trafficked drugs in Oklahoma.”

2 out of 3 Fayette School System employees get their 1st...