A discussion on the conceptual site plan for the 1 million sq. ft. Southeast Data Center Campus (SEDC) project along Ga. Highway 54 West in Fayetteville was held at the Oct. 27 meeting of the Fayetteville Planning and Zoning Commission. Commissioners will hear the formal presentation in the coming weeks, and likely vote on the project, once the Development of Regional Impact (DRI) recommendation is received by the city.

SEDC is a project of Oceanic Data Centers (ODC) and is situated on 122.5 acres along Ga. Highway 54 and portion of Veterans Parkway to the east and Tyrone Road to the west.

Director of Community and Economic Development David Rast said the city previously submitted the project to the Atlanta Regional Commission and Georgia Regional Transportation Authority (GRTA) for review as a DRI. Once received, the conceptual site will return to the commission for consideration.

Commissioners heard from ODC owner Joel Embry, who said ODC is currently marketing the project, adding that the data center market in Atlanta is good, with the pandemic having increased the need for data space.

Commissioners during the discussion spoke favorably of the project.

Embry after the meeting said once the DRI process is complete and conceptual site plan approved, he expected the first data center building to begin construction in the third or fourth quarter of 2021.

Rast during the meeting said ODC is proposing a multi-building data center and technology business park to be developed in phases, and encompass more than 1 million sq. ft. of technology-related space designed to accommodate single or multiple users.

The project will include access to Hwy. 54 and Tyrone Road, with privately-owned internal roadways designed to eventually provide access to undeveloped properties to the north and east.

Rast at the meeting said potential sites for additional growth include the Trammell property near Tyrone Road and the Fayette County Board of Education property along Veterans Parkway. Both sites are situated north of the 122.5-acre SEDC site.

The 60-acre property in years past was the site for a potential sixth high school.

It was one year ago, on Oct. 29, that Embry announced the project publicly at a meeting of nearly 50 city and county officials. 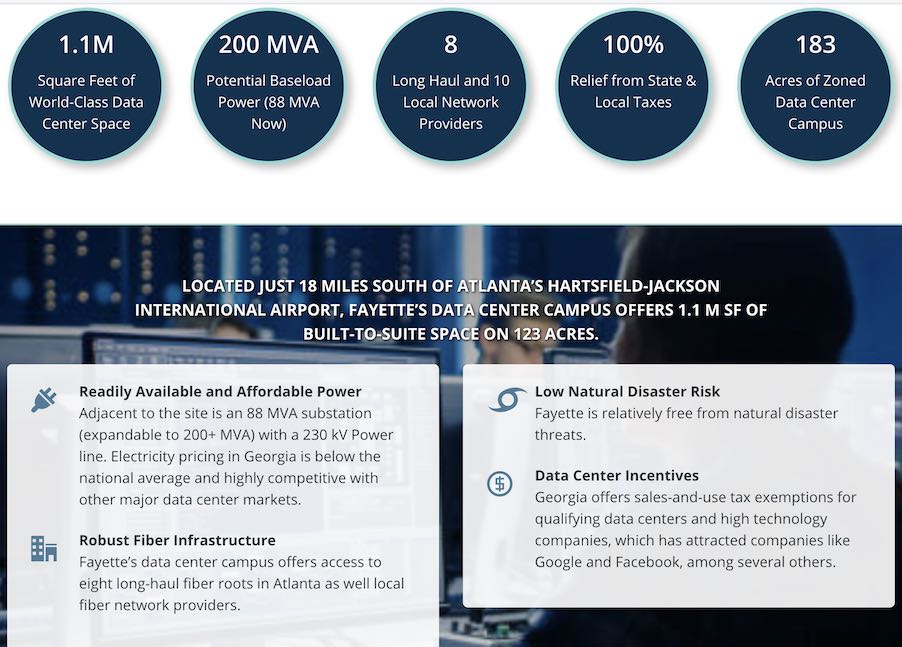 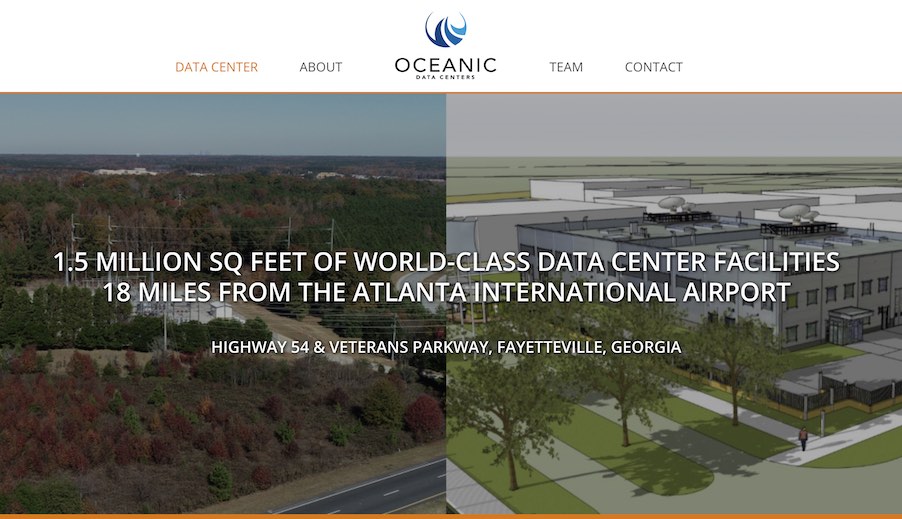