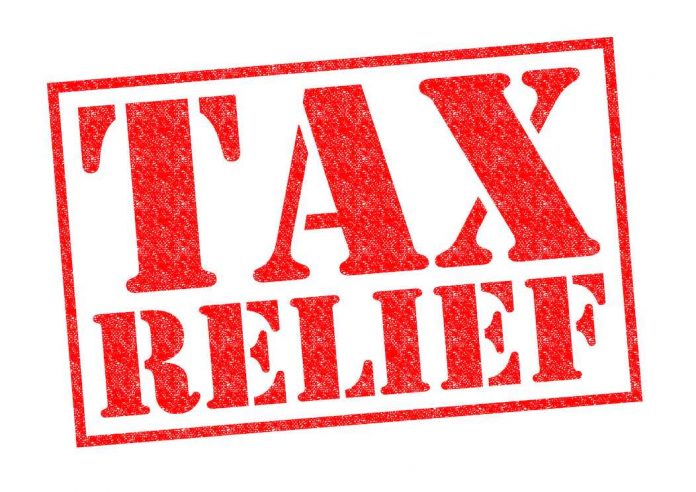 A 3% taxing cap on rising property values for school tax purposes will be on the Fayette ballot Nov. 3, courtesy of a nearly unanimous legislative approval by the Georgia General Assembly — Democrats and Republicans.

The Fayette referendum in three months — if approved by a majority of local voters — will create a new homestead exemption for residential property owners that will decrease much of the yearly pain of higher assessed values leading automatically to higher tax collections even without millage rate increases.

“There were 3,500 appeals on property evaluations in Fayette this year,” said Fayette Rep. Josh Bonner (R-Fayetteville), one of the bill’s authors. “This [bill] will eliminate that.”

He and state Sen. Marty Harbin (R-Tyrone) said the bill is intended to force the Board of Education to make a recorded vote to increase the millage rate to get more money.

“The board continues to spend large amounts of money but with no [public] justification for their spending,” Harbin said. The change would curtail the board’s “unhindered power” to continue collecting more money from “squeezed taxpayers.”

The exemption applies only to taxes levied by the board of education and no other local government. It also applies only to residential and not to commercial and industrial properties.

The school tax — for most Fayette taxpayers — currently represents 72% of your total local property tax bill each year. The school board could leave the millage rate unchanged, and most years could expect a significant increase in tax collections because of higher assessments.

Local governments can choose to “roll back” the millage rate so that the lowered rate will still bring in the same amount of tax revenue as the year before. The board of education has not chosen the roll-back in recent years and is not choosing it this year.

The board recently advertised its intention to increase property tax collections by 2.66% and to increase its millage rate by about a half-mill this fall.

In effect, the bill says to the school board, you can collect taxes on what my home is worth this year, but if its value increases next year above its base year value, you can have access only to the additional 3% of that increased value or that’s year’s inflation rate, whichever is lower.

For example, in a very simplified version, suppose my home is valued at $100,000 and then next year the value is assessed at $110,000, which represents a 10% increase in value. For the school board’s purposes, my home’s value has increased only to $103,000, a 3% increase. That decreases the amount of school board taxation on my home.

The home’s base value would be re-set at each transaction of a sale or re-sale in future years, Harbin said.

“There are two spigots to control taxes,” Harbin said. “Evaluation or millage.” Removing the evaluation spigot would leave the board having to vote in open session to increase taxes and justify the increases, Harbin said.

The local legislation — written by Bonner (District 72), Rep. Philip Singleton (R-Sharpsburg, District 71) and Rep. Karen Mathiak (R-Griffin, District 73) — received only two “NO” votes in the General Assembly. All Democrat legislators who represent portions of Fayette also did not oppose the bill, Harbin said.

Both Bonner and Harbin pointed out the bill’s intention is to make the largest spender of taxpayer money in Fayette “more transparent and more efficient.”

“The purpose of the legislation is to provide transparency and accountability as it relates to taxation and the setting of millage rates for the school district,” Bonner said. “Fayette County citizens will be able to cast their vote on the November ballot and decide whether or not the measure passes. The legislation only applies to residential properties. Commercial properties would not be impacted.”

What can the board of education do if the change cuts into their tax revenue?

“If the Board of Education determines that it needs more money for their budget, they can raise the millage rate or propose a new ESPLOST. Even better, they can work with the money they have and be more efficient with how that money is spent,” Bonner said.

Why does the bill deal only with the school system?

“Fayette County currently spends approximately $11,000 per student per year for a student population of 20,528. The student population has seen little, if any, growth over the last few years yet the budget for the FCBOE has increased significantly,” Bonner said. “Government will spend every dime it takes. We owe it to our constituents to make sure the power to reach into our pockets and take our hard earned money is limited as much as possible and that every penny is spent in a manner to maximize a return.”

Both legislators acknowledged that passage of the bill likely would result in “slightly less revenue for a time” for the school system.

“Then raise your millage rates,” Bonner advised the school board. That will bring more transparency to the school taxation process, he said.

The school board has tentatively adopted a millage rate of 19.150 mills. State law caps the maximum rate at 20 mills, unless the board asks voter permission in a referendum to raise taxes beyond the 20-mill state cap. However, if voters agreed, the school board would have no further legal barriers to raising the millage rate beyond 20 mills.

Both legislators said they have had talks with elected board members and with the school system administration. “We expect the school board and the teachers’ union will be against it,” Harbin said.

“We are promoting this bill because we want people to know there is a remedy to over-taxation,” Bonner said, noting that the bill passed “on a nonpartisan basis.”

Here’s Sen. Harbin’s take on it:

”HB1166 provides transparency of taxation to the homeowners of Fayette County. This bill provides an annual cap of 3% or less on property values, not the runaway automatic increase in home values that have been seen.

“The School Board will still have the ability to increase taxes, but they will have to increase the millage rate, which is open to the voters of the county. Everyone should know when their elected official increase their taxes, this should not be hidden.

“This bill gives the power back to the people of Fayette County by giving them the ability to monitor what’s being done with their money. Unbridled power to tax is wrong! Government should be accountable to its citizens, for it is they who pay the bills,” Harbin concluded.

If Fayette voters approve, the 3% cap on school tax increases will go into effect the first day of next year.