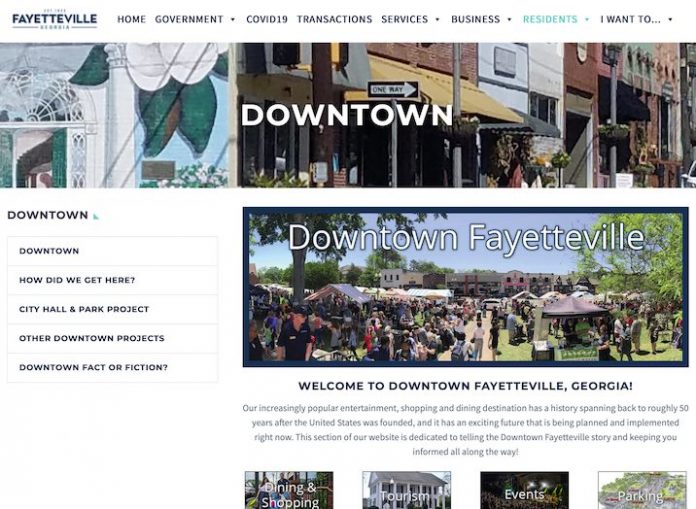 The July 16 meeting of the Fayetteville City Council will include a public hearing and likely adoption of the FY 2021 budget, a public hearing and potential vote on an amendment to the alcohol ordinance and the first reading of a proposal for a 48-home subdivision just north of the Summit Point retail area.

Noting the current uncertainty during the Covid-19 pandemic, City Manager Ray Gibson during the July 2 budget discussion said, “We still don’t know what the future holds, so we’re being very conservative with the budget.”

Gibson said staff were able to account for the $620,706 decrease in revenue without dipping into reserves, adding that no jobs are planned to be cut, though a number of vacant positions will be frozen for the time being.

Local taxes, and specifically sales taxes, account for the largest drop in revenues, with the city expecting to receive $13.826 million during the coming fiscal year compared to $14.168 million this year, and representing a decrease of $342,343.

Also on July 16, the council will hear the second reading and potentially vote on a revision to the alcoholic beverage ordinance in response to some businesses believing they are being hindered by aspects of the current ordinance.

At the request of council members at the July 2 meeting, movie theaters will be included in the amendment.

Items proposed for amendment include:

• Allowances for businesses within an Entertainment District to possess licenses for both on-premise and off-premise consumption.

• Regulation for the sale of “alcoholic frozen consumables”, which is essentially ice cream with a measurable alcohol content.

• Regulation for businesses to operate as a “tap house,” which is an establishment serving a variety of craft beer/wine for on-premises consumption.

• Regulation for businesses to operate as a “gaming center’, which includes a variety of newer, trendier recreational competitions such as duckpin bowling, cornhole, and axe throwing.

• Regulations for brownbagging, aka BYOB, for certain business types including art and cooking instructional classes.

• Elimination of the 40-seat minimum requirement for most licensees, thereby allowing for smaller, boutique establishments.

• Housekeeping changes to provide clarity and improve efficiency with administration.

The rezoning of the 13.6-acre parcel is needed due to the proposed lot size. The proposal is for 48 single-family detached homes, with a density of 3.5 homes per acre, and with sidewalks and approximately 35,000 sq. ft. designated as open space.

The new proposal for the site is by Brent Fayette LLC. The previous applicant is no longer involved in the project.

Unlike the previous request, the current proposal has no age designation attached to the development.