The Fayetteville City Council on July 2 unanimously approved an eminent domain issue that met the monetary request of the owner of property needed to complete acquisitions for the long-planned pedestrian bridge over Ga. Highway 54 West and the multi-use trail that will link to Lester Road.

While technically a taking by eminent domain, the property owner is in support of the measure, Downtown Development Director Brian Wismer earlier.

The city previously asked Chicago-based Fayetteville 54 Medical Properties, located at Hwy. 54 West and Togwatee Village Parkway, for the ability to purchase .29 acres, with an additional .111 acres of temporary construction easement, for a price of $117,600. The owner agreed to the price.

The condemnation deals with the $117,600 offer, even though the city will purchase three remnant parcels, at the owner’s request, in a separate agreement which will bring the total pay-out to $128,500.

The city noted that several months had passed without a successful closing, thus necessitating the action to take the two parcels for use a right-of-way and temporary construction easement.

Wismer said the impasse came down to dealing with the legal bureaucracy, even though the owner saw the project as an asset and supported the sale.

The pedestrian bridge will span Hwy. 54 West, and will be located between Togwatee Village Parkway and Veterans Parkway.

The Hwy. 54 West bridge and path project is not new, having been in the planning stages for years, and is designed to enhance connectivity on the city’s west side.

With the contract expected to be awarded in the fall, the pedestrian bridge will connect to a path on the north side linking to the Piedmont Fayette Hospital parking area.

On the south side, the 12-foot path will flow east, then south past the Togwatee retail area where it will connect with Lester Road.

Looking into the future, the large triangular area west of Piedmont Fayette Hospital, south of Veterans Parkway and north of Hwy. 54 West will be developed, with the path system allowing non-vehicular access across the highway. One of those developments, a medical office building at the corner of Hwy. 54 West and Veterans Parkway, was approved months ago.

Just across Veterans Parkway along Hwy. 54 West, a large tract of property is being viewed for an expansive data center, potentially totaling 1.5 million sq. ft. and with a value easily exceeding $1 billion.

It was a decade ago that some in Fayette decried the construction of Veterans Parkway as the “Road to Nowhere.” Though emotions ran at a fever pitch in those days, it soon proved to be the road to somewhere.

Since those days, and once constructed, the roadway has become home to Pinewood Atlanta Studios, Fayette County’s largest employer; the large Pinewood Forest mixed-use development which could carry a total value at build-out approaching $1 billion; and Georgia Military College, the first post-secondary school to build a campus in Fayette County rather than renting space.

As development continues in west Fayetteville, connectivity plans will include the continuation of the path system. 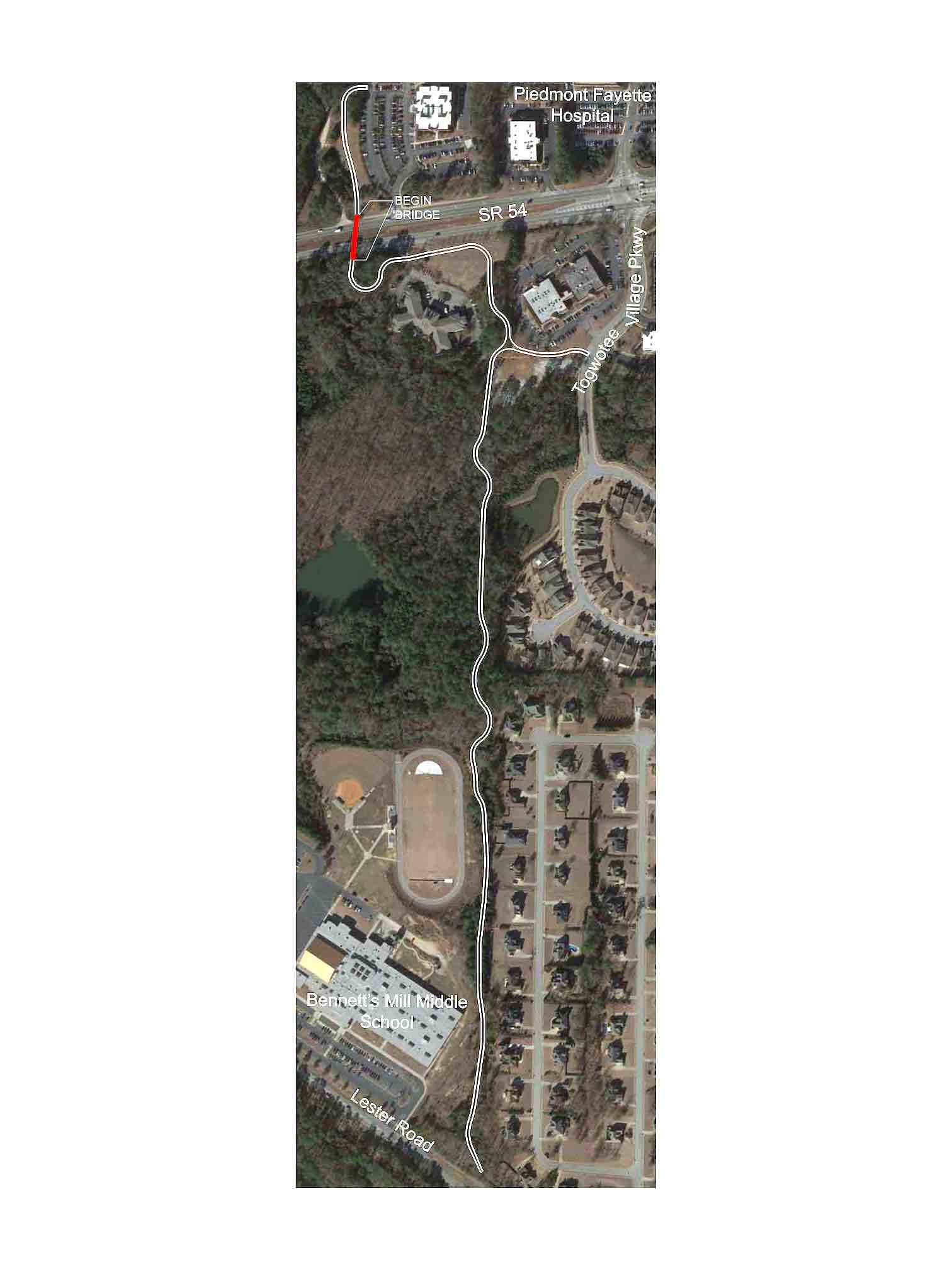