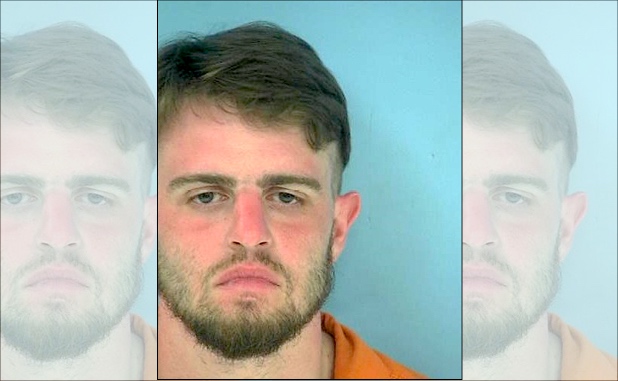 A Tyrone man was arrested June 30 on several charges after an altercation at the Tyrone Library involving an attempt to steal belongings and threatening to kill a library patron.

Julian A. Morgan IV, 28, was charged with robbery, aggravated assault and three counts of theft by taking, according to Fayette County Jail records.

Tyrone Police Department spokesman Philip Nelson said officers in the early afternoon hours were called to the Tyrone Library in reference to a disturbance, and were told that a man acting odd and with a weapon had fled the scene.

One of the witnesses, the daughter of a woman who was not at the library table when one of the incidents occurred, told officers a man on two occasions attempted unsuccessfully to take a laptop and notebook computer from her mother’s bag. Telling the man to “stop,” the daughter was able to thwart the attempts, Nelson said.

Though the altercation remained verbal, the library patron told officers that at one point Morgan threatened to kill him before leaving the area, Nelson said.

Based on a description of the man provided by witnesses, officers pulled a previous photo of Morgan, with witnesses at the scene confirming his identity. Nelson added that Morgan is a long-time resident known to many people in town.

Nelson said it was near that time that officers received a call from the nearby Dollar General store, with employees saying that a man who had shoplifted items on previous occasions was in the store acting erratically.

Nelson arrived at the Dollar General, where he saw Morgan outside and arrested him without incident.

Morgan earlier in the day had been at Town Hall, where he was also acting erratically, but caused no harm, police said.