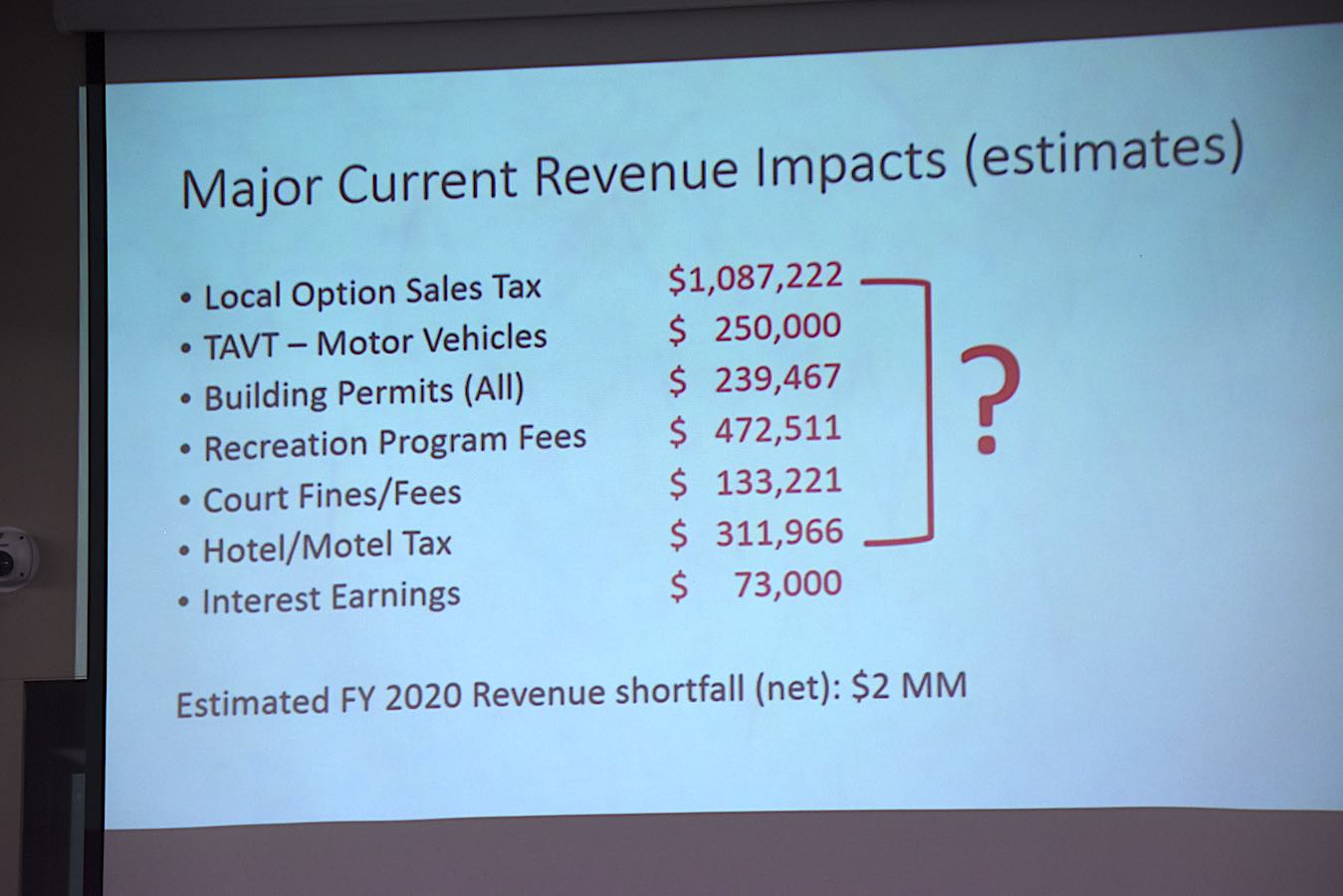 With around $2 million in reduced revenue expected, the question was how to fund it. “No sacred cows,” Rorie said, but also no change in city tax rates.

Some things you will be seeing: No Sunday hours for the Peachtree City Library, reduced operating hours for the Kedron pool and fieldhouse, elimination of the adult softball league, no spring clean-up, reduction in senior services facilities and staffing, and the closing of the Convention and Visitors Bureau Avenue location.

Part of the reductions come from a required 2% reduction in city departments’ operating budgets. And there will some hit on city staffing, primarily in part-time workers.

But one formerly high-profile position is being left unfilled: the city clerk. Long-time City Clerk Betsy Tyler died in March, and her position will not be replaced in the new budget. Rorie has indicated some jobs will be shared among other city staffers.

Some coming attractions: Increased enforcement of cart path rules, especially a crackdown on underage operation of golf carts. Some city ordinances will be rewritten or combined to clarify the path regulations.

And added police patrols, including code enforcement officers, will be writing tickets to drivers who should not be behind the cart wheel. If the drivers are underage, parents can expect to get citations to show up in person in City Court to pay fines. 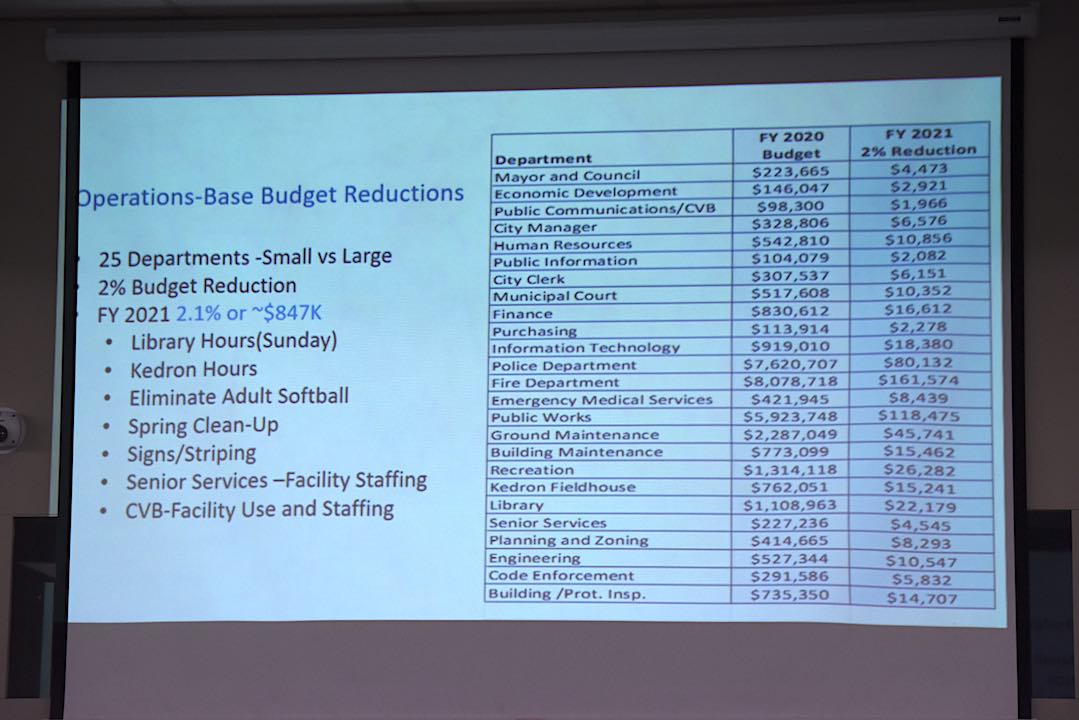