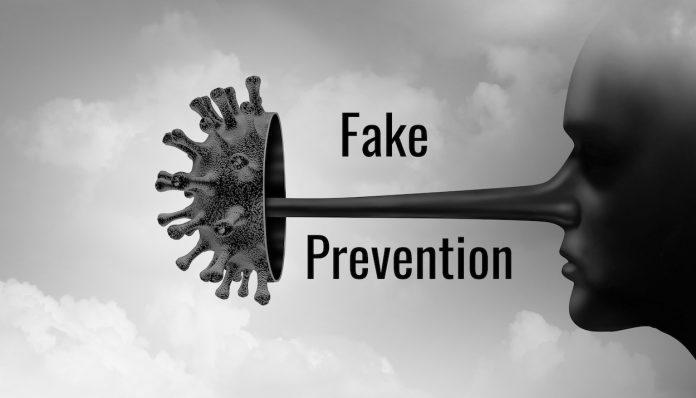 A Fayetteville woman has pleaded guilty in federal court to selling an unregistered pesticide as protection against the Covid-19 virus. She will be sentenced on June 29.

Additionally, Pak said the listing stated that “Its main ingredient is ClO2 (chlorine dioxide), which is a new generation of widely effective and powerful fungicide recognized internationally at present. Bacteria and viruses can be lifted up within one meter of the wearer’s body, just like a portable air cleaner with its own protective cover.”

Pak said the listing also stated that “In extraordinary times, access to public places and confined spaces will be protected by one more layer and have one more layer of safety protection effect, thus reducing the risks and probability of infection and transmission.”

Under FIFRA (Federal Insecticide, Fungicide and Rodenticide Act), the Environmental Protection Agency regulates the production, sale, distribution and use of pesticides in the United States.

A pesticide is any substance intended for preventing, destroying, repelling or mitigating any pest. The term “pest” includes viruses. Pesticides are required to be registered with the EPA. Toamit Virus Shut Out was not registered and it is illegal to distribute or sell unregistered pesticides. Sun imported the pesticide from Japan and later sold it to individuals around the United States, said Pak.

Sun will be sentenced on June 29. The charges carry penalties of up to one year in prison and a $100,000 fine. In determining the actual sentence, Pak said the court will consider the United States Sentencing Guidelines, which are not binding but provide appropriate sentencing ranges for most offenders.

“This case shows that consumers need to be cautious of products that make unsubstantiated claims of controlling viruses,” said Environmental Protection Agency (EPA) Assistant Administrator for Enforcement and Compliance Assurance Susan Bodine. “EPA and our law enforcement partners continue to work to stop the sale of these illegal products. Consumers can help protect themselves by visiting epa.gov/coronavirus for a list of approved products.”

“Playing on people’s fears during this pandemic by offering false hope and the empty promise of protection is not only dangerous, it’s also reprehensible and illegal,” said acting Special Agent in Charge Robert Hammer, who oversees Homeland Security Investigations (HSI) operations in Georgia and Alabama. “HSI and its partners are working diligently to investigate and arrest those criminals that are trying to take advantage of Americans during this pandemic.”

Cops say man, 31, tries to strangle girlfriend while she sleeps