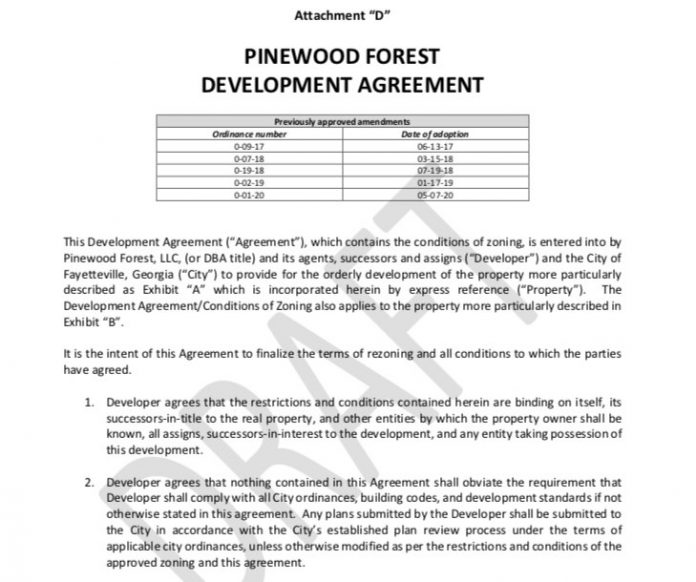 The Fayetteville City Council on May 7 approved an amendment pertaining to the zoning designation at the mixed-use Pinewood Forest development. Though largely a housekeeping issue, the changes included increasing the number of townhomes and requirements for public art within 100 feet of county roads.

Director of Community Development David Rast noted that a significant number of the amendments amounted to housekeeping issues.

Pinewood Forest representative Rick Halbert previously told council members the reason behind the proposed increase in the number of townhomes is market-driven.

Single-family units would include single-family homes, townhomes and tiny homes, with the tiny home designation changing to “micro homes.”

Another change designates the use of the term “canopy homes,” which are also planned for the development.

Another aspect of the proposed amendment changes deals with public art, murals and architectural structures at site entrances along or within 100 feet of Veterans Parkway or Hood Road.

The approval noted that prior to painting and/or applying public art to buildings within 100 feet of the two roadways, the applicant will submit renderings of the building with the proposed art work to city staff for review and approval.