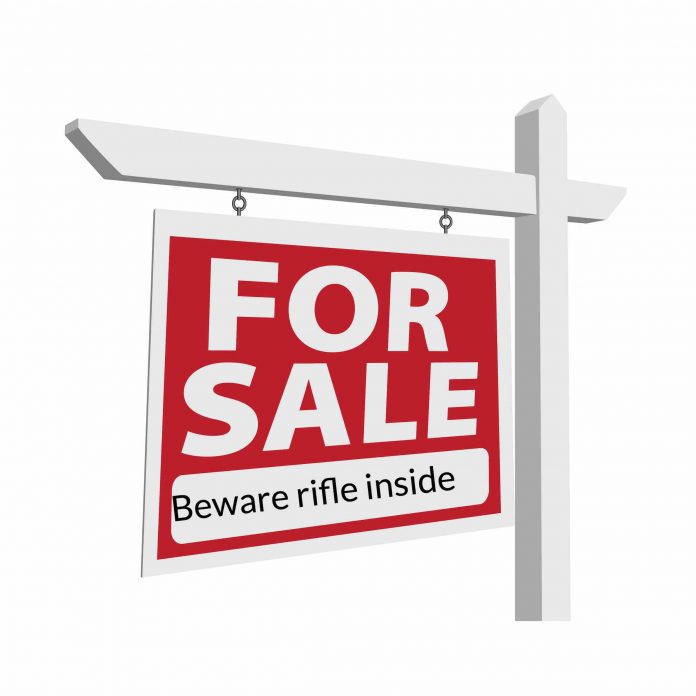 A Tyrone man was charged May 2 with aggravated assault after allegedly firing a rifle in the direction of two people who said they entered his home that was listed for sale, with the gate and front door open.

Shannon Brown, 34, was charged with one count of aggravated assault, according to Fayette County Jail records.

Tyrone Police Department spokesman Philip Nelson said a man and woman who said they were looking for homes for sale at approximately 6 p.m. stopped at a home in the River Oaks subdivision off Ga. Highway 74. The home has a for sale sign outside, Nelson added.

The couple told police the gate to the property was open, as was the front door, Nelson said, adding that the couple maintained they announced their presence as they entered the home, and that someone inside the home said, “Come in.”

At one point, Brown emerged holding a rifle, with the couple telling police they withdrew from the house and that Brown fired five or six rounds in their direction as they were leaving, Nelson said.

Nelson said the couple contacted police at approximately 9:45 p.m. and met with them at the River Oaks subdivision.

Upon being questioned, Brown told officers he thought the couple was breaking in the residence. Officers found one empty shell casing at the scene, said Nelson.

Brown, a former basketball player, was arrested on a charge of aggravated assault, said Nelson.

Nelson said the investigation into the incident is ongoing.