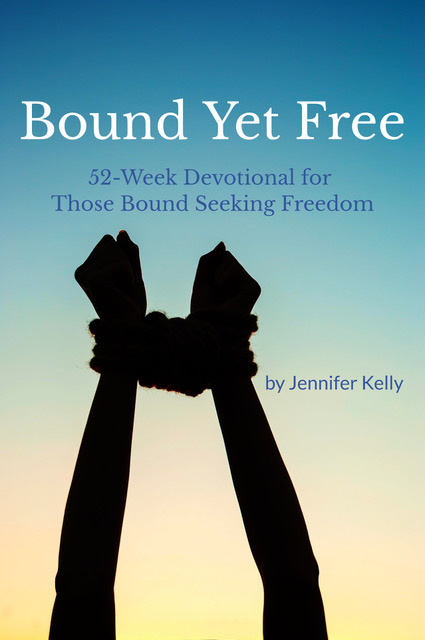 It was a typical day in Judge Scott Ballard’s Fayette County courtroom on March 22, 2019. Jennifer Kelly, an inmate at the Fayette County Jail, did what she had done numerous times before – face a Superior Court judge. She was about to take a plea deal for a 10-year prison sentence. While the district attorney and Jennifer’s public defender were in total agreement for her to take the plea deal, Jennifer was not willingly on board.

The Honorable Judge Scott Ballard was presiding and called Kelly to approach the bench so he could discuss her options. Jennifer recounts the conversation with Judge Ballard as “an awakening.” She heard compassion in the judge’s voice as he explained everything to her in a heartfelt manner, and she sensed he cared for her seeing the wasted life she’d lived and wanting better for her.

“Peace like a river flooded me within, and I was somehow liberated,” Jennifer says. “If I had a white flag, I would have waved it in surrender. It was at that point God met me and encouraged and strengthened me to go forward.”

Two weeks later, Jennifer was transferred to Pulaski State Prison in Hawkinsville to serve out her sentence. Through a prison email system called JPay, Jennifer was able to stay in touch with the woman she knew as “Miss Lisa,” a clergy volunteer at the Fayette County jail she had met with for weekly Bible study during her five months of incarceration in Fayette.

During back and forth email conversations, Jennifer confided in Lisa a dream she had to one day publish a devotional book aimed at helping encourage others to find freedom despite their past. Lisa encouraged Jennifer to pursue her dream, even offering to make it come true. The handwritten devotionals were mailed to Lisa, who began the process of typing, editing, and creating a cover. On March 16, 2020, Jennifer’s book Bound Yet Free: 52-Week Devotional for Those Bound Seeking Freedom became a reality.

In the Bound Yet Free introduction, Jennifer wanted the courtroom transcript included, so Fayette County court reporter Karen Griffin helped with that vital piece. One of the first copies was sent to Judge Ballard at Jennifer’s request.

Upon receiving it, Judge Ballard commented, “When I read the transcript of what I said to Ms. Kelly, it sounded pretty ordinary to me. I think what happened was that Ms. Kelly was attentive to an inner voice with a message that spoke to her with surgical precision in a way that I lack the eloquence to do. There was nothing special about what I said. What WAS special was that she listened to the inner voice. I’m so glad she did! I hope her book will prove meaningful to many people.”

The best moment for Jennifer besides seeing the book come to fruition was knowing her two daughters were proud of their mom despite the effects her poor decisions had cost them growing up.

The book is available online at www.Amazon.com, and royalties go directly into an account in Jennifer’s name to help give her a fresh start upon her release in 2022.