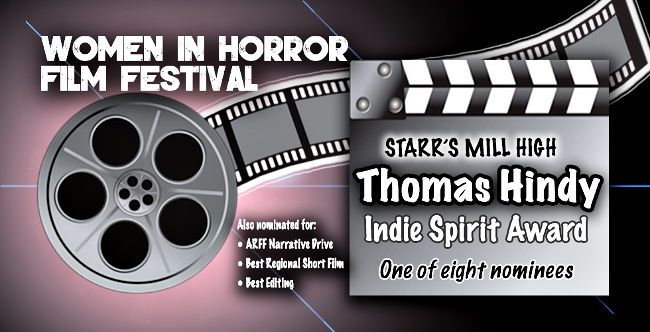 The film community is taking notice of a budding filmmaker at Starr’s Mill High as he garners four nominations and one win at an international film festival.

Thomas Hindy, a senior, was the winner of the Indie Spirit Award given at the Women in Horror Film Festival for his independent film, “Framed.” Hindy was one of eight nominees in the category. As the winner, he was presented with a one-of-a-kind “Lizzie” trophy. Each trophy is hand-painted, ensuring that no two Lizzies are exactly alike.

The festival was held last month at the historic Strand Theater on the Marietta Square.