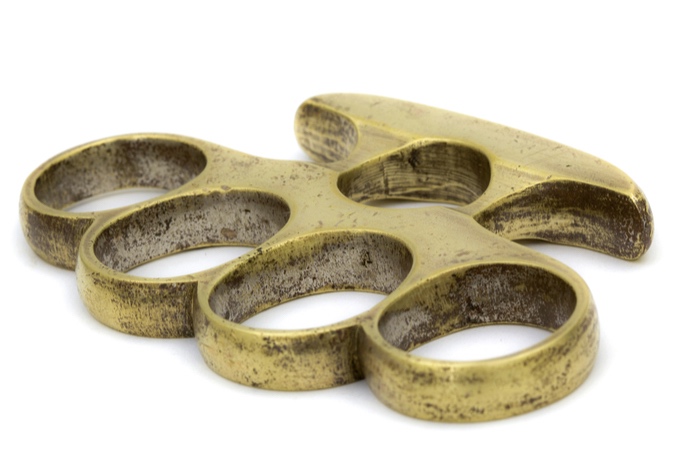 Fayetteville police are searching for a man wanted for aggravated assault after using brass knuckles to strike a man at a business on Ga. Highway 54 East.

Burdett said upon arrival, police met with the complainant and victim who reported that the suspect arrived on the job site and began a verbal altercation with the victim. The complainant also stated that he observed the suspect having brass knuckles on his hand.

“The complainant and victim stated that the victim asked the suspect to drop the brass knuckles repeatedly. However, the suspect did not comply with their request,” said Burdett. “Witnesses on the scene reported to police that the suspect swung and punched the victim in the face causing injury to his eye. The victim was reported to have struck the suspect back with a level. Both individuals then fell to the ground.”

Burdett said the witness rushed over and separated the individuals. The suspect then left the scene.

A warrant has been taken out for the unnamed suspect for the offenses of battery and aggravated assault, said Burdett.