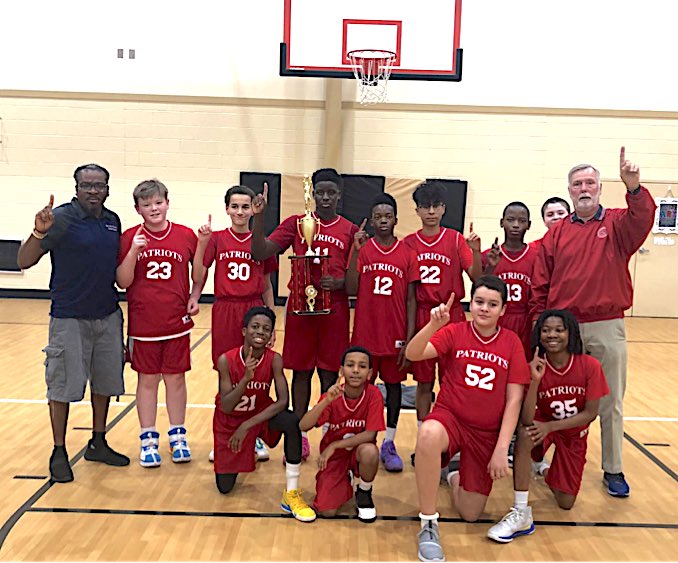 For the second year in a row the Our Lady of Victory basketball team came out on top in the Private Athletic Conference (P.A.C.) In front of a spirited crowd at the Bedford School, the OLV Patriots defeated the home team Bedford with a score of 43-30.

The Patriots were led in scoring by Kamal Obarisiagbon and Joseph Mozie. The game was back and forth for most of the first half; OLV gained some separation late in the half with several three pointers made by Ronan Mallaly, giving them a ten point lead at the break.

Bedford would narrow the Patriots lead to just two, but OLV had some clutch points delivered down the stretch from Henk Bishop-Bloom and Mallaly to gain separation again. Samuel Hampton provided solid defense to help the Patriots shore up their second title in as many years. OLV is Coached by Doug Crane and assisted by Ricky Hampton.

The P.A.C., is comprised of private schools on the Southside of Atlanta, consisting of OLV in Tyrone, The Bedford School in Fairburn, St. Paul Lutheran in Peachtree City, and St. John the Evangelist in Hapeville.