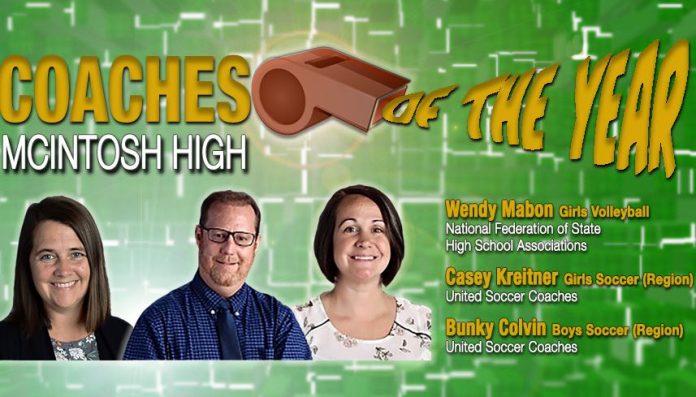 Three athletic coaches at McIntosh High School have received Coach of the Year titles from their respective national sports associations.

Wendy Mabon was selected as the 2018-2019 Georgia Girls Volleyball Coach of the Year by the National Federation of State High School Associations (NFHS).

Recipients must exemplify the highest standards of sportsmanship, ethical conduct and moral character, and be endorsed by their respective state high school associations. Recipients are selected by the NFHS Coaches Association Awards Committee and approved by the NFHS Board of Directors.

To qualify to be considered for the award, coaches must have had a successful record for the season as well as exhibit knowledge of the game; rapport with the team, other coaches and officials; positive conduct on the field; positive team image; and community involvement.