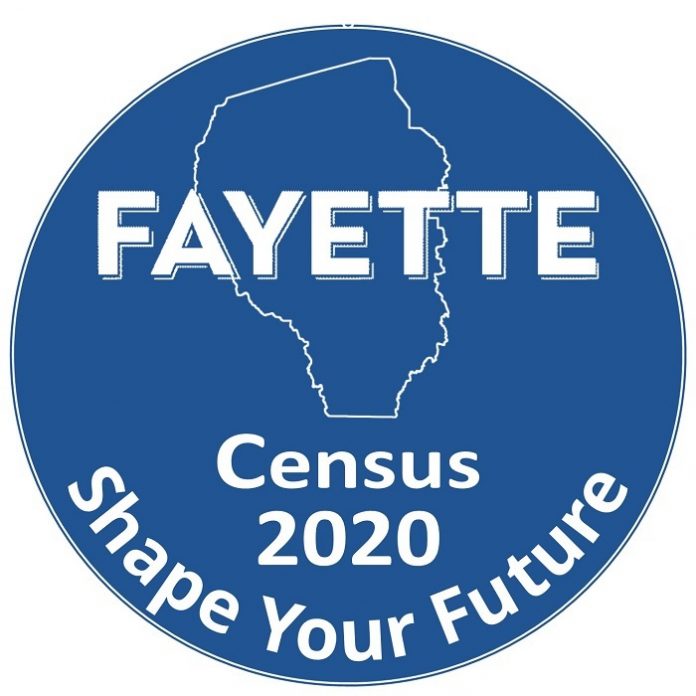 The Fayette Census 2020 Complete Count Committee on Jan. 3 launched the 2020 Census logo so that Fayette County residents will know it will be used to publicize the census locally.

The purpose of the Complete Count Committee is to promote awareness of the upcoming 2020 Census. The committee consists of staff from the governments of Fayette County, Brooks, Fayetteville, Peachtree City, Tyrone and Woolsey, along with the school system, the Fayette County Chamber of Commerce and regional census staff.

Every 10 years, the U.S. Census Bureau conducts a census to count every resident in the United States. The census is used to apportion the 435 seats, in the U.S. House of Representatives among the 50 states.

In addition, the Census is used to calculate the distribution of federal funds, grants and support to states, counties and cities. Governments and business community also use Census data to plan for public services and commerce.

April 1 is National Census Day, when every household is encouraged to complete and submit their Census questionnaire.

The national theme for the 2020 Census is “Shape Your Future.” The Fayette Census 2020 Complete Count Committee will work locally to encourage Fayette County citizens to shape the future together.