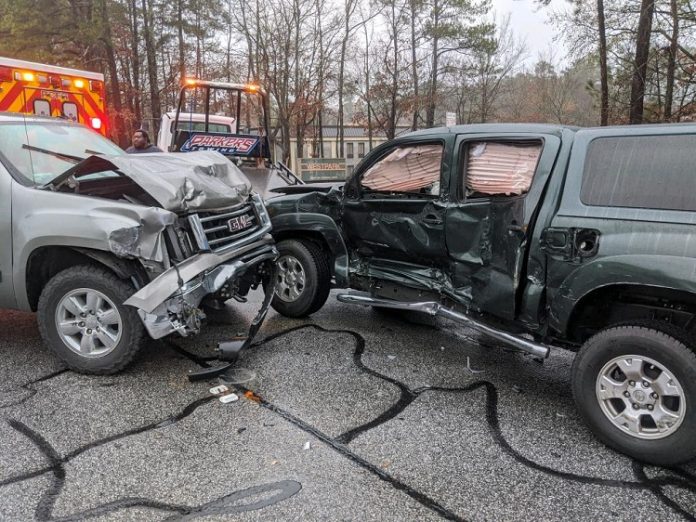 A Dec. 23 traffic collision on Ga. Highway 74 at Westpark Drive in Peachtree City left pre-Christmas traffic backed up for approximately 40 minutes but resulted only in complaints by the involved motorists and no need for medical transport.

Hyatt said the collision resulted in complaints, but with no one transported for medical treatment.

The accident was cleared and the lanes re-opened at approximately 4:55 p.m.