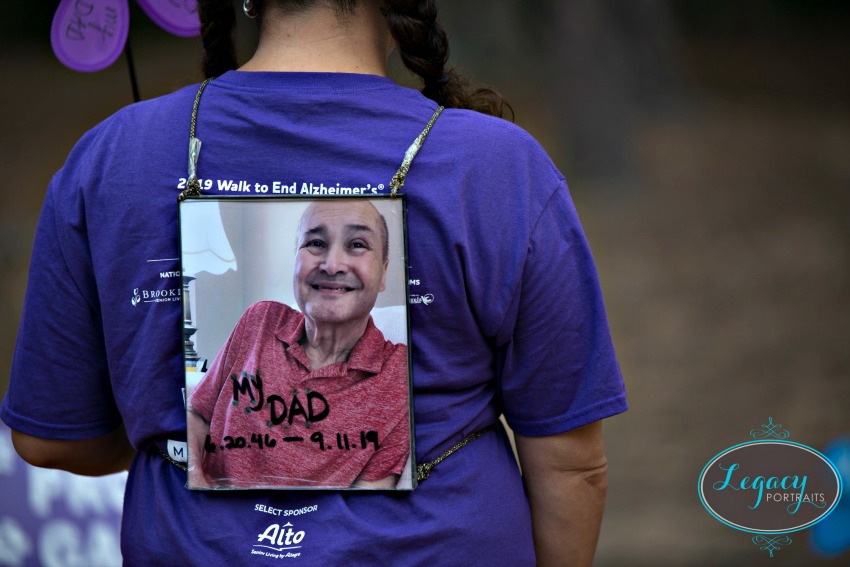 “We are grateful to the Peachtree City community for coming together to show their support of those living with Alzheimer’s and their caregivers,” added Linda Davidson, Executive Director, Alzheimer’s Association, Georgia Chapter. “Because of the generosity from the community, we are one step closer to putting an end to this disease”.

Bernie’s Babes with the Neuropsychology Center was the top fundraising team at this year’s Walk to End Alzheimer’s, raising more than$20,000.  Bernie’s Babes and the Neuropsychology Center raise funds in honor of Pat Rosenbach’s husband Bernie, as well as so many others living with dementia. The team participated in their first Walk in 2011 and has raised more than $97,000 to date.

This year’s 20th annual event had its beginnings in 2000 when Rotarian Floy Farr and Elaine Gaillard, Community Relations Director at Ashley Glen, organized the Walk in honor of Floy Farr’s wife. This year total fundraising proceeds from this event have topped $3 million dollars over its 20-year history.

Participants enjoyed music from the Peachtree Jazz Edition, a kid’s area, lunch, and a raffle after a three-mile walk along beautiful Lake Peachtree. Donations are still being accepted through December 31 at georgiawalk.org.