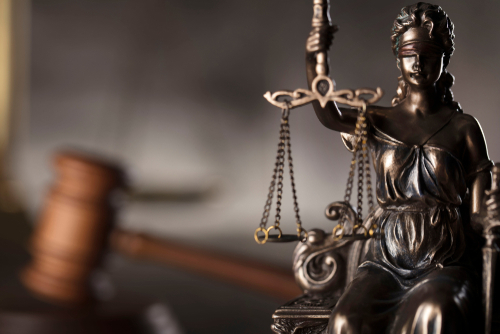 A former Fayette County High School girl is suing the Fayette County Board of Education, Superintendent Jody Barrow and former FCHS administrators following a 2017 incident in a school hallway where the girl, then age 16, was later expelled for sexual impropriety following her report of a sexual assault incident on the part of a male student.

The lawsuit, filed in federal court by the National Women’s Law Center (NWLC), along with co-counsel Mastando & Artrip LLC and Penn Law LLC, was on behalf of “A.P.,” a former Fayette County High School student, who was expelled after reporting that a male student, referred to as “J,” had sexually assaulted her on school grounds.

The suit maintains that, while doing an extra credit assignment after school in August 2017, J. asked A.P. to meet him in the hallway. The two met and he demanded that she perform oral sex and physically prevented her from leaving until she did.

The next day, A.P. reported the assault to two guidance counselors, who elevated the matter to an assistant principal. Rather than connect A.P. with the Title IX coordinator or other educational supports, senior administrators immediately took disciplinary action against A.P. by confiscating her cell phone, placing her in in-school suspension, and then giving her a ten-day out-of-school suspension pending a disciplinary hearing. The school ultimately expelled her for “sexual impropriety,” and referred her to an alternative school for the entire 2017-18 school year, according to NWLC.

The suit states that the school district gave A.P. no assurances that the assailant would not also be enrolled at the alternative school—further retaliating against her and showing deliberate indifference to the harassment she experienced. Her education and emotional well-being have suffered as a result of the Board and its officials’ violations of Title IX and the U.S. Constitution.

The suit is asking the U.S. District Court for the Northern District of Georgia compensatory and punitive damages and injunctive relief requiring the school system to revise its policies, procedures and practices to be in compliance with federal Title IX.

“Fayette County school officials retaliated against A.P. and deliberately pushed her out of school when she reported a sexual assault,” said Emily Martin, Vice President for Education and Workplace Justice at NWLC. “That effort to silence and punish her is not only morally reprehensible – it is illegal. Schools have a duty to make sure sexual assault doesn’t deprive the survivor of educational opportunities—and they also have a duty not to retaliate against those who report. Officials did the exact wrong thing here—derailing A.P.’s education and sending the message that those who speak up about sexual assault will be punished. A.P. and all students deserve better.”

The incident and the results of the school tribunal that upheld her expulsion were reported in August 2017 by The Citizen.