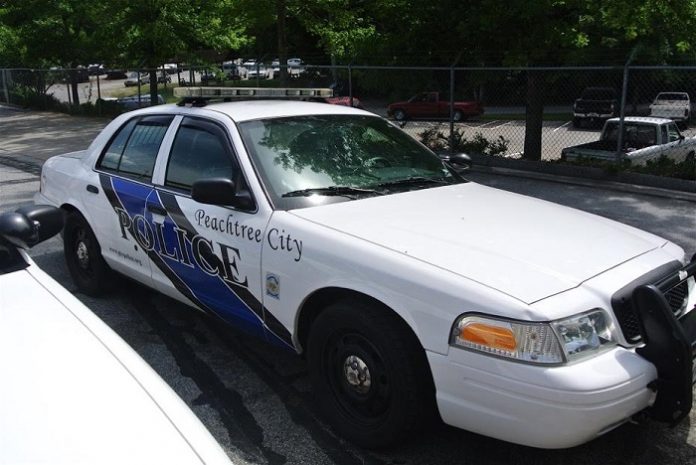 The third of three suspects wanted in connection with the May 19 armed carjacking at the SunTrust Bank located on Ga. Highway 74 South in Peachtree City is in custody.

On July 22, Szevin Kahvi Glawson, 17, of Conyers was taken into custody by Rockdale County law enforcement officials on unrelated charges. Peachtree City has issued warrants for Glawson and he will be brought to Fayette County after answering his other pending charges, Myers said.

Glawson is being charged with aggravated assault, hijacking a motor vehicle and possession of a weapon during the commission of certain felonies.

With assistance from the United States Marshals and South Fulton Police, Jaheim Dazon Lassiter, 17, of Jonesboro, was taken into custody on May 22 in South Fulton, said Myers.

Lassiter was charged with aggravated assault, hijacking a motor vehicle and possession of a firearm during the commission of certain crimes, Myers said.

Alton C. Trimble, 20, of Palmetto, was taken into custody at a hotel in Panama City, Fla. by the U.S. Marshals Service on June 25 and charged with hijacking a motor vehicle, possession of a firearm during the commission of certain felonies, aggravated assault and fleeing or attempting to elude a law enforcement officer, according to Myers.

Pertaining to the May 19 carjacking, the vehicle was stolen at gunpoint from outside the SunTrust Bank at the Wilshire Pavilion shopping center in Peachtree City on May 19 and was later found abandoned in Palmetto after a pursuit in portions of Fayette and Coweta counties. The owner of the stolen vehicle was not injured.

Myers said the carjacking occurred at the drive-thru area of the SunTrust Bank at approximately 8:19 p.m.

The owner of a BMW was approached by a man who brandished a firearm and ordered the driver to surrender the vehicle, said Myers, adding that the owner gave up his vehicle and was not harmed.

Two other males then exited a gray Ford F150 pickup, later determined to have been stolen from College Park. The three males entered the BMW and fled the area, heading north on Hwy. 74, Myers said.

Myers said a Peachtree City officer and a Fayette County Marshal located the vehicle near the intersection of Ga. highways 54 and 74 and began pursuit. The units lost sight of the vehicle in the vicinity of Ga. Highway 34 and Fischer Road in Coweta County.

Myers said a Coweta County deputy subsequently spotted the vehicle and pursued it, then also lost sight of the vehicle.

The BMW was later found abandoned in Palmetto with the motor running, Myers said.

In an incident that appeared to be related, a woman at a Swains Drive residence off Redwine Road was in her vehicle in the garage at approximately 8:10 p.m. when a man entered the garage and asked for directions, said Sheriff Barry Babb at the time, adding that the woman reported that the man was holding the front of his pants and appeared to have a gun.

The woman kept her windows up and doors locked, and began backing out of the garage. At that point, the male entered a gray Ford F150 and left the area, Babb said.