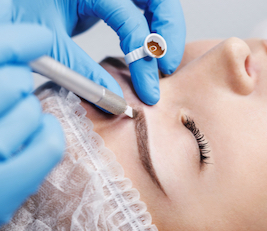 The potential for allowing eyebrow microblading to be performed in Fayetteville will have to wait a few weeks before a decision is made.

The item was tabled a the June 6 City Council meeting. Fayette County Environmental Health County Manager Robert Kurbes is expected to return to the council in the coming weeks to report on a new state ordinance pertaining to microblading.

City staff at the May 16 meeting said they regularly receive inquiries on regulations for microblading and body art studios.

Brown said Gov. Nathan Deal in 2018 signed Senate Bill 461 making microblading of the eyebrow a legal tattoo effective July 1, 2018. Previously, the procedure had been considered a misdemeanor under the law because it was included in the prohibition of tattooing within one inch of the eye, Brown added.

Additionally, said Brown, the city’s current regulations require that all tattooing within the city limits must be performed by a physician duly licensed to practice medicine within the state of Georgia.