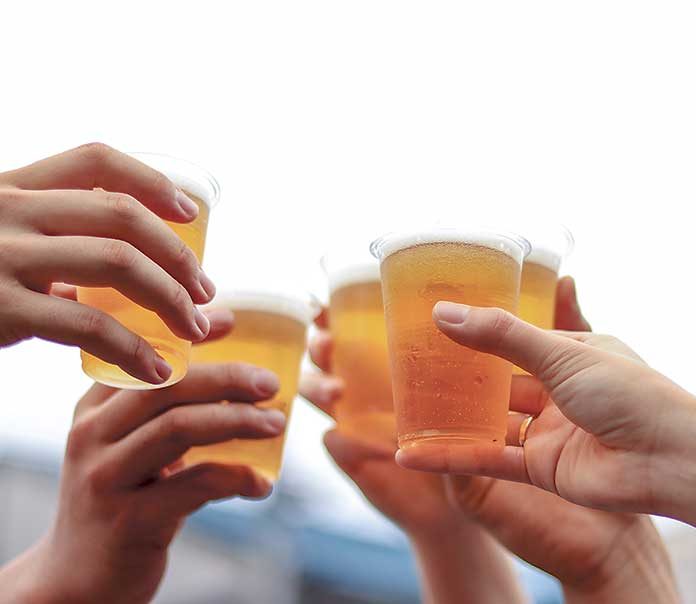 Fayetteville now has two entertainment districts where alcohol can be consumed outdoors. One district is in the downtown area while the second is the Pinewood Forest mixed-use development on Veterans Parkway.

The vote to approve the new entertainment districts was 4-0, with Councilman Paul Oddo absent.

There were only two people speaking in public comments, with both supporting the measure.

The amended alcohol ordinance allowing outdoor alcohol consumption within the boundaries of the two entertainment districts requires that a cup be supplied by a restaurant or bar licensed to sell alcohol and that it limited to 16 ounces. The cups will be branded by Fayetteville Main Street.

Pertaining to county property, the downtown entertainment district includes the old courthouse but does not include the county complex parking lot.

It should be noted that the gazebo located on the southwest corner of Ga. highways 54 and 85, and adjacent to the county complex, is city-owned and is part of the entertainment district.

Pertaining to Pinewood Forest, the entire 234-acre development was classified as an entertainment district.

Mayor Ed Johnson reserved the right to re-visit the amended ordinance, and potentially rescind it, “if things get out of hand.”

It was in February that city staff asked for a policy direction from mayor and council in order to create an Entertainment District in a portion of the Downtown Main Street District, and at the mixed-use Pinewood Forest development located along Veterans Parkway on the city’s on the west side.