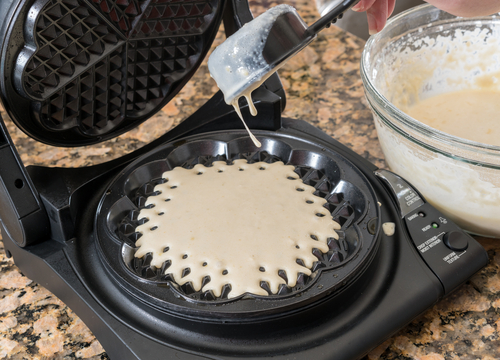 The Peachtree City man recently arrested for stealing 150 pounds of waffle mix from a storage facility on Sept. 10 appeared to have customers waiting to make use of the stolen batter.

Brandon L. Nelson, 33, was charged with burglary in the incident, according to Peachtree City Police Department spokesman Matt Myers.

Myers said Nelson on Sept. 10 forced entry into a unit at a Dividend Drive storage facility that belongs to his former employer, Indiana-based Golden Malted.

During an interview, Nelson told investigators he had unspecified customers he would supply with the stolen waffle mix, Bergh said.

Myers said Nelson was arrested later at his home.