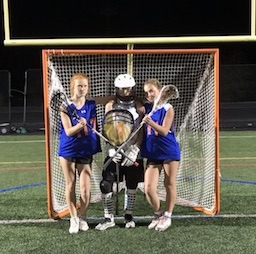 A trio of Peachtree City lacrosse athletes have been selected to compete in the All-American Nationals competition, representing their state later this month.

The girls tried out in early 2018 and now join fellow athletes from across Georgia to face other states in their bracket.

All three girls have been playing for both Peachtree City Warriors and Atlanta Storm. Follow the program at www.nationallacrosseclassic.com.