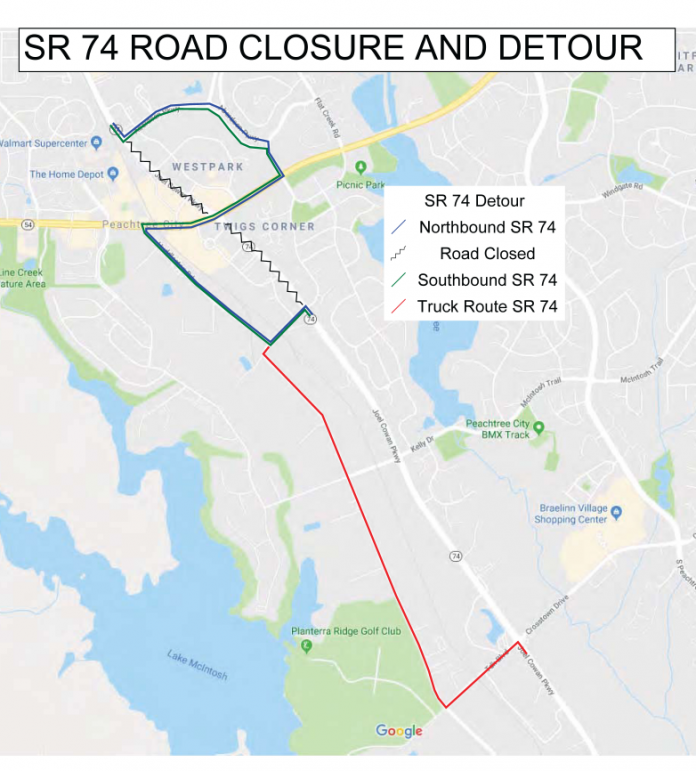 Motorists travelling Ga. Highway 54 between Fayetteville and Peachtree City beginning July 12 and ending July 16 should expect paving delays. And coming next week, the intersection of Ga. highways 54 and 74 in Peachtree City during nighttime hours will be closed and traffic rerouted.

Work will begin Thursday, July 12 at approximately 7 p.m. and continue straight through until 6 a.m. on Monday, July 16.

Then beginning next week with dates not yet certain, and when road crews reach the Highway 54/74 intersection, Hwy. 74 will be closed at night from Aberdeen Drive to Paschall Road/Willow Road.

Hwy. 74 Traffic will detour from Aberdeen Drive to Northlake Drive, along Hwy. 54 through the 54/74 intersection, and then down Huddleston Road to Paschall Road.