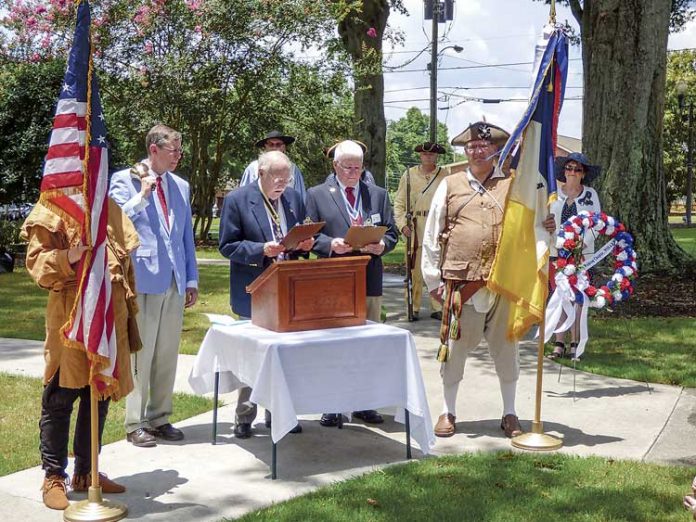 On July 4th, the James Waldrop Chapter of the Daughters of the American Revolution sponsored the annual “Let Freedom Ring” ceremony at the courthouse square in Fayetteville. The ceremony honored the men who signed the document that cemented our break from Great Britain, the Declaration of Independence. As the names and states of the signers were read, a bell was rung (photo above). This was followed by a musket salute. Also taking part in the ceremony were members of the Marquis De Lafayette Chapter of the Sons of the American Revolution. Photos/Ben Nelms and Dan Springer. 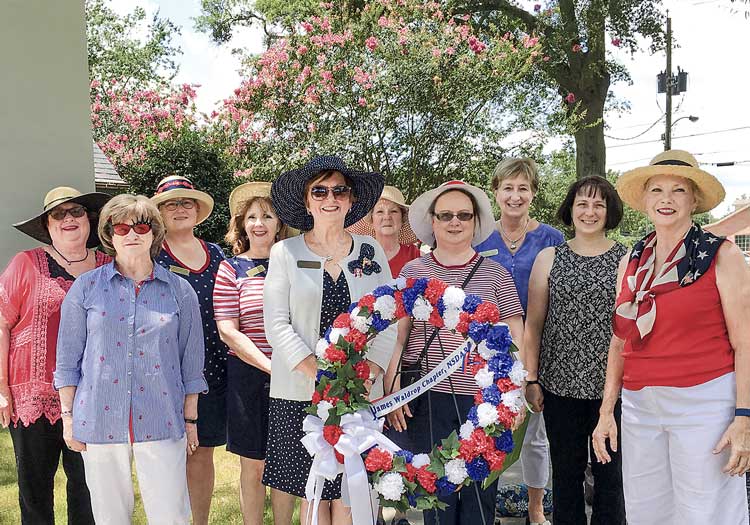