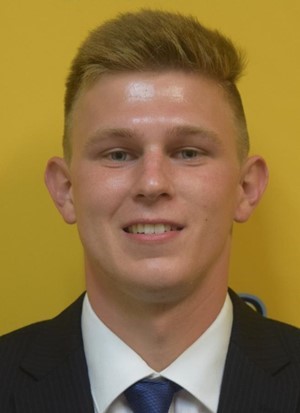 According to the school’s website, Cerezola comes to Hiwassee College after spending a year as the graduate assistant women’s basketball coach and interim sports information director at Truett McConnell University.

In his time at Truett McConnell, Cerezola took on the responsibility of guard player development, social media, recruiting, and scouting. He was a part of a full rebuilding effort in the summer of 2017, as the program was taken over with only one player on the roster.

“I’m extremely grateful to Gabe Watson and Hiwassee College for the opportunity to take over a program with a great foundation,” said Cerezola. “I’m looking forward to giving back to the game of basketball that gave me so much. This is a dream come true.”

While he attended Truett McConnell University, he was a four-year member of the men’s basketball team. Cerezola is third all-time in single season 3-point field goal percentage at Truett McConnell, as he shot 47 percent from the 3-point line in his sophomore season. He was also a part of a record-breaking year during his sophomore year, as his team broke the record for most wins in the program’s NAIA-era history. His recruiting class graduated with the most career wins in school history. Cerezola was named to the AAC All-Academic team twice and a Daktronics-NAIA Scholar-Athlete.

Originally from Peachtree City, Cerezola graduated from Arlington Christian School in Fairburn and was named to the All-Region team and Honorable Mention All-State.

Cerezola has been a head coach with two different AAU organizations, Team Nike Elite and Peak Performance. Also, he has worked alongside WNBA legend Lady Grooms, training and coaching with her at Greater Atlanta Christian School in Norcross.