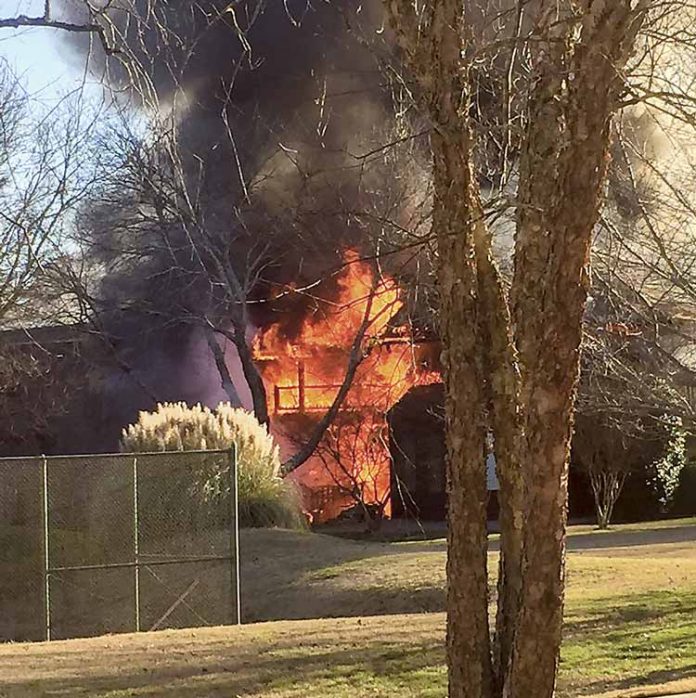 A Jan. 14 structure fire in the Tinsley Mill subdivision in Peachtree City resulted in a total loss of two units, but no injuries. Photo/Suzanne Bohannon Lawhead.

A Jan. 14 fire at the Tinsley Mill subdivision off Flat Creek Road in Peachtree City resulted in no injuries but did cause a total loss of two units.

Peachtree City Fire Marshal John Dunlap said the fire began shortly after 3 p.m. and was fully involved when firefighters arrived at the scene, adding that no one was injured in the blaze.

Dunlap said there were three units affected. Two of the units were connected while a third was separated by a breezeway. The separate unit sustained only minimal damage, of which most was from smoke.

The fire was discovered by a resident returning home, said Dunlap, adding that the family in the middle unit was able to evacuate without injury.

Fire crews stayed on the scene and were cooling-down hot spots at 8 p.m., Dunlap said.

Dunlap said the cause of the fire is under investigation.