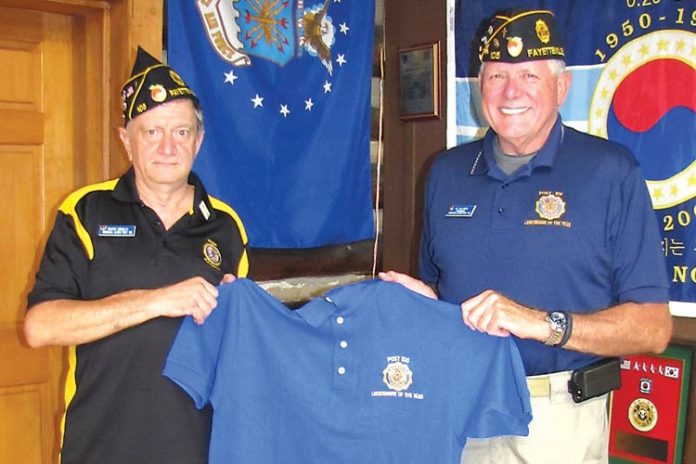 Fayette County Post 105 of the American Legion has announced their 2017 Legionnaire of the Year. Tim Donnelly is an Air Force veteran who served during the Vietnam War. He serves as the new maintenance manager for the post’s Log Cabin and is responsible for the interior and exterior upkeep on this historic Fayetteville landmark. Donnelly, left, is shown with Ray Willcocks, Post Commander. Post 105 is a organization of military veterans and meets the second Monday of each month at the Log Cabin. Photo/Robert Ladd.