As we’ve celebrated June 19th recently and July 4th last month, I reflect on the sacrifices our ancestors endured to build this country.

Sacrifice is probably the wrong word because it implies that there was a willingness, that we volunteered to hand over our labor free of charge in order for capital to capture the highest returns from free labor. 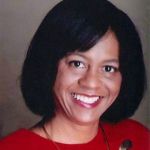 economy, but the changes in the philosophy and technology behind how America produced its national income did not guarantee our participation in the economy as a free people.

It would be a century of racial violence and state-sanctioned economic and political segregation before America would implement serious public policy to address the social injustices Blacks in America have endured since 1619.

The legislative changes enacted five decades ago provide a move toward an even starting line. The problem with starting lines is that they are not static; they move, and just like technology moved America from an agrarian society to an industrialized society, America today is moving from a retail sector driven economy to a technology-driven, knowledge-based economy.

Not only is the starting line moving, but the people are moving as well. Technology made farming more efficient, increasing crop yield and reducing the need for farm labor. People started moving to the cities. One-hundred-fifty years later, America continues to urbanize as cities provide entrepreneurs and larger businesses access to educated talent.

The irony here is that black Americans residing in urban areas run the risk of facing a 21st century version of Jim Crow. Failure to extend the “smart city” concept to black neighborhoods, which entails deploying advanced communications including the plant and equipment necessary for facilitating deployment, will result in fewer job and entrepreneurial opportunities.

And faster than the locomotives that traversed the West at the dawn of America’s industrial economy, 5G, the locomotive technology that will fuel smart cities and the internet of things, is ready to leave the station. According to a recent report by the Joint Center for Political and Economic Studies, 5G, Smart Cities & Communities of Color, 5G technology promises to deliver broadband speeds 10 to 100 times faster than current 4G technology.

That means greater network capacity for providing data and video traffic. It also means greater capability for digitally connecting vehicles to roads, satellites, and other vehicles. It means more control over energy usage as smarter wireless devices connect to homes and appliances to shut off unnecessary appliances.

Infrastructure deployment welcomes additional labor into the workforce. For counties, the size of Clayton and Fayetteville combined, upwards of $70 million in additional investment could result from 5G deployment. That’s because for every 100,000 residents in a city, there will be an estimated $28 million invested in 5G deployment.

The first 250 years in North America saw black Americans provide the forced labor upon which America was built. America’s new economic driver, 5G-capable advanced communications networks, is ready to be built and this time we’ll get paid to build it.

[Sen. Valencia Seay (D–Riverdale) serves as the Minority Caucus Vice-Chairwoman. She represents the 34th Senate District, which includes parts of Clayton and Fayette counties. She can be reached at 404-656-5095 or by email at valencia.seay@senate.ga.gov.]