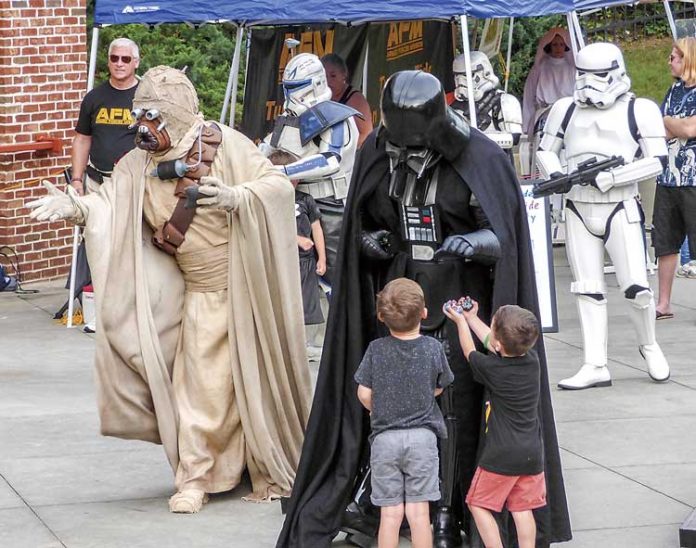 Darth Vader, storm troopers make friends at Fayetteville’s Southern Ground — Main Street Fayetteville and Pinewood Atlanta Studios featured “Rogue One: A Star Wars Story” at the Southern Ground Amphitheater on July 8. The event included a number of officially-sanctioned Star Wars characters. The movie event was also a fundraiser for the Armed Forces Mission, whose mission is to stem the tide of veterans’ suicides. Pinewood Atlanta Marketing Coordinator Abby Bradley on July 8 said the movie night events are meant to be one way for Pinewood Atlanta Studios to give back to the community. The movies featured at the amphitheater are all filmed in Fayetteville or at other Pinewood locations. Photos/Ben Nelms. 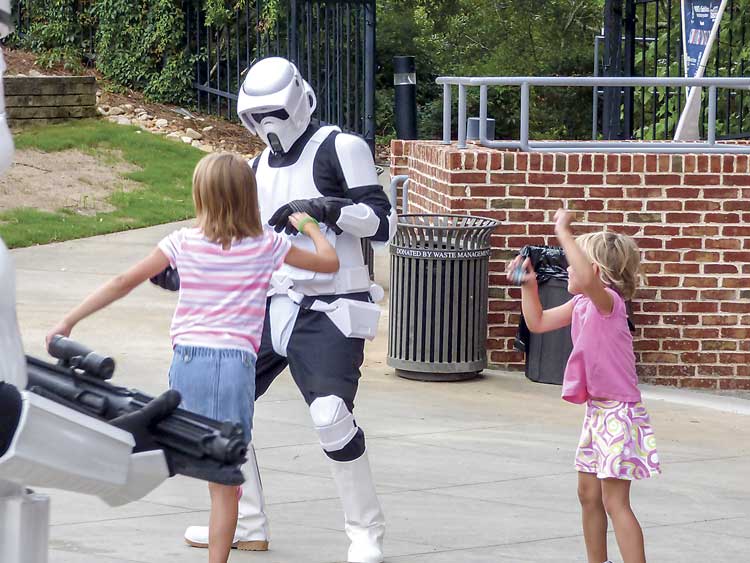