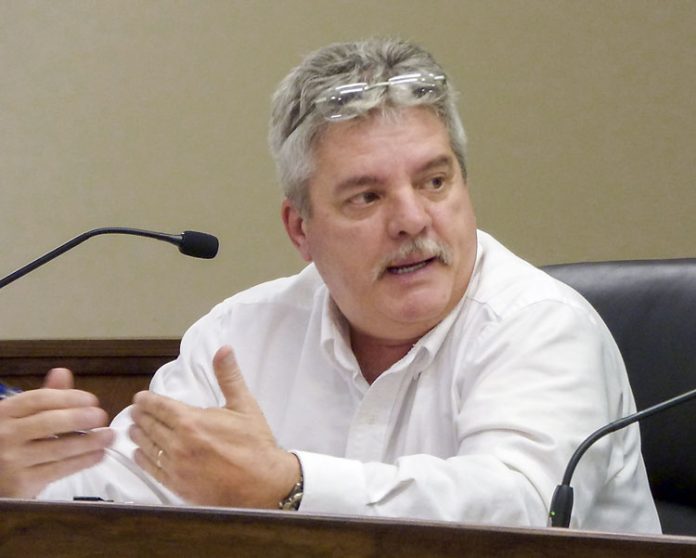 It was in early May that the Peachtree City Council by consensus agreed to pursue an outside study on the impasse between the city and WASA (Peachtree City Water and Sewerage Authority) on extending sewer service beyond city limits. To date, there is no movement on the issue.

Noting the disagreement between attorneys for WASA and the city, Councilman Mike King at a May 2 meeting suggested that a study, perhaps funded by the city, be undertaken to render an decision on the impasse.

City Manager Jon Rorie was asked on June 29 about the status of securing an outside party to weigh-in on sewer extension and which entity had the final say on that extension.

“I am working to get us to the point of a discussion, but my (recent) primary focus has been on the roll-out of SPLOST (special purpose local option sales tax) and the FY 2018 budget,” Rorie said. ”I can’t speak with certainty (about the study) and do not want to speculate on a timeline.”

King in May suggested that an outside study be conducted to sort out the issues involved in the impasse over WASA’s ability to sell sewer service outside city limits and who makes the final decision.

It is an issue that both sides have commented on, but from different perspectives.

From WASA’s perspective, an April 18 letter signed by Chairman Bill Holland, with input from the entire board, essentially drew a line in the sand with the statement that, “The PCWASA Board of Directors believes that the citizens of Fayette County and Peachtree City would be better served if the authority remained independent of the city or county.”

The letter maintained that WASA since its inception included service areas not always confined to Peachtree City, specifically stating that when formed by the Georgia General Assembly, its formation as an independent, autonomnous, public corporation defined that service area as “Peachtree City and its environs.”

The council maintains that it has legitimate input on WASA’s service decisions due to past issues of loans to the authority for which the city was a co-signer.

“We’ve got lawyers disagreeing on whether or not the City Council has the authority currently to allow capacity to go outside the city limits. It’s going on and on,” King said, noting that what is happening is not a new issue for Peachtree City.

“I’m hearing a lot of movement that says we need to bring WASA under control. Well, that’s emotion, and that’s not being very objective about what needs to be done,” said King.

Mayor Vanessa Fleisch at the May 2 meeting agreed.

“Because of some of the recent developments, I think it’s time now that we look at WASA as well, and its relationship with the city,” she said.