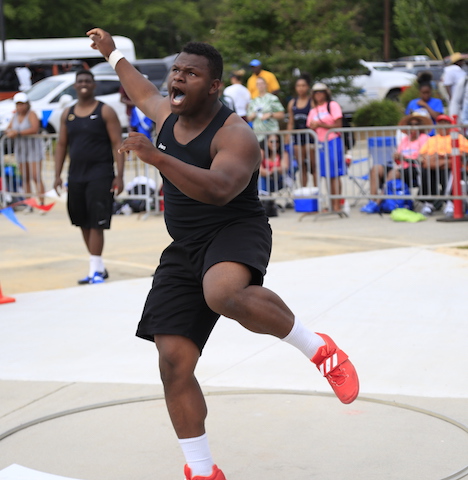 A Fayette County student athlete is among the 49 runners, jumpers and throwers Atlanta Track Club has selected to receive All-Metro High School Track and Field Team honors. The honorees were chosen by Atlanta Track Club, and now coaches, parents, media and the general public will be given the opportunity to vote to determine which athletes are named Most Outstanding Track Athlete and Most Outstanding Field Athlete.

The Fayette County student who will receive All-Metro honors is Madias Loper of Whitewater High School. Loper will be recognized for his performances in the shot put.

“These hard-working, talented athletes are the future of our organization and the future of track and field in the United States. We look forward to celebrating their accomplishments next month and following their performances in the sport as they continue their high school career or go on to college athletics,” said Rich Kenah, Atlanta Track Club’s executive director. “With so much talent, it will be for coaches and the public to decide which of these students will be given top honors and win a special scholarship.”

The All-Metro athletes were selected based on criteria including performance at the state meet, season bests and head-to-head competition. The names of these athletes are posted on atlantatrackclub.org and ga.milesplit.com. One boy and one girl will be named for each category for a total of four awards; each recipient will receive a $1,500 scholarship.

The 2017 All-Metro High School Track and Field Team was June 7 at a banquet at The Stave Room in midtown Atlanta. The student athletes who have been named Most Outstanding Track Athlete and Most Outstanding Field Athlete will be announced at the banquet as well as the recipients of the Coach’s Dedication Awards. Nominations can be submitted online via the athlete voting form.